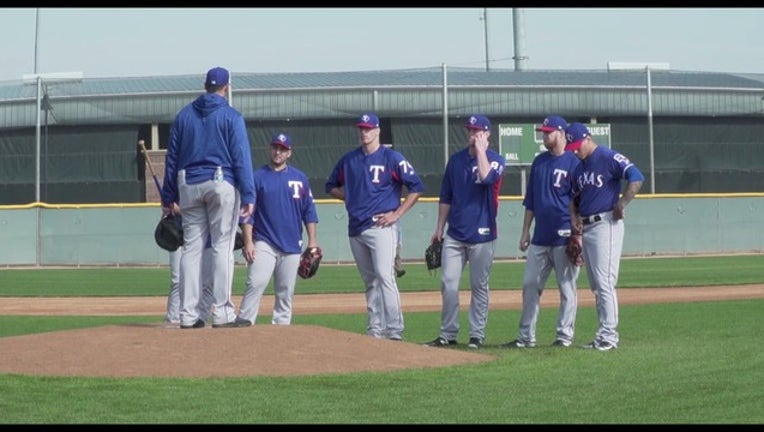 After more than a year of negotiations, the Major League Baseball Players Association refused to agree to the changes but also signed an agreement that it will not oppose the rules.

The amendments to the playing rules announced Monday include a general limit of six mound visits per nine-inning game without a pitching change, whether by a manager, coach or player.

To assuage players' concerns about sign stealing, MLB will install new telephone lines from dugouts to video replay rooms. MLB said the lines will be monitored, and a person familiar with the decision told The Associated Press all conversations on the lines will be recorded. The person spoke on condition of anonymity because that detail was not announced.

MLB has the right to make playing rules changes absent an agreement with one year notice and made proposals during the 2016-17 offseason for a pitch clock and more restrictions on mound visits.

"I am pleased that we were able to reach an understanding with the players association," Commissioner Rob Manfred said in a statement. "My strong preference is to continue to have ongoing dialogue with players on this topic to find mutually acceptable solutions."

Union head Tony Clark noted the sides technically did not reach a deal.

"The focus on mound visits and/or the level of commitment on the other pieces simply didn't focus enough attention on the areas the players wanted to address - so no agreement was reached," he said in an email to the AP.

"While a number of pitchers will acknowledge that some mound visits are unnecessary, a limitation combined with what the experience has been of late in regard to technologically enhanced sign stealing means that there are concerns about how this will work ... or not work."

Until now, the only restriction on mound visits was a second visit to the same pitcher during an inning by a manager or coach resulted in an automatic pitching change. The number of visits by catchers during games has increased in recent years, contributing to the average time of a nine-inning game stretching to a record 3 hours, 5 minutes last season, up from 2:46 in 2005.

Under the new rule, each team would get an additional mound visit without a pitching change for each extra inning. Trips will not count against the limit following an offensive substitution, to check on potential injuries or to clean spikes on wet fields. If a team is out of visits, the plate umpire may give permission for additional trips by the catcher in the event of a cross-up on pitch signals.

MLB is eliminating the rules guaranteeing eight warmup pitches before a half-inning in an effort to keep between-inning breaks to 2:05 for most games, 2:25 for regular-season games on national television and 2:55 for tiebreaker and postseason games. There are exceptions relating to injury and if the pitcher or catcher finishes the previous half inning on base, at bat or on deck.