DALLAS - More bad news for the struggling Dallas Mavericks, big man Maxi Kleber will miss an unspecified amount of time after he tore his hamstring on Tuesday.

The Mavericks announced Kleber's injury in a tweet on Thursday.

The team said Kleber tore his hamstring during practice on Tuesday. 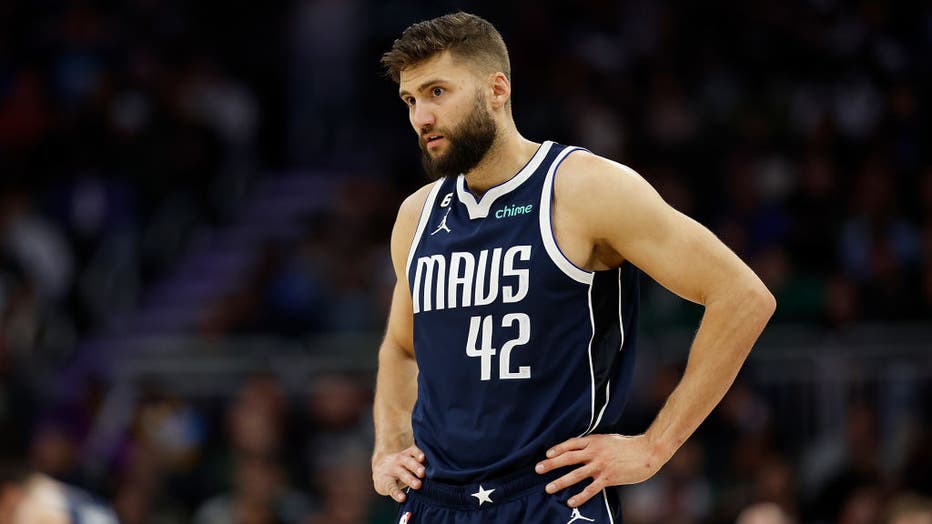 MILWAUKEE, WISCONSIN - NOVEMBER 27: Maxi Kleber #42 of the Dallas Mavericks looks on during the second half of the game against the Milwaukee Bucks at Fiserv Forum on November 27, 2022 in Milwaukee, Wisconsin. NOTE TO USER: User expressly acknowledge

Kleber missed Wednesday's loss against the Cavaliers with the injury.

The Mavs say all options are still being considered, and that at this time there is no timetable for Kleber's return to the floor.

The Mavericks (14-14) are currently the 9 seed in the Western Conference.

They will play the Trail Blazers on Friday in Portland before traveling to Cleveland for a rematch against the Cavs on Saturday.