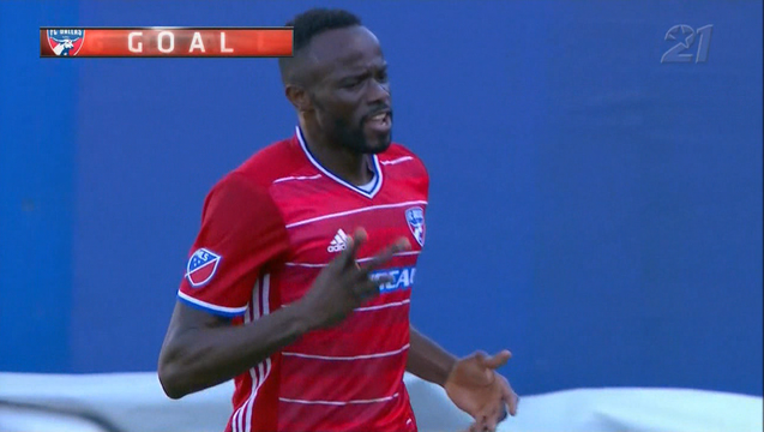 FRISCO, Texas (AP) - Roland Lamah scored two goals to lead FC Dallas to a 3-1 victory over Toronto FC on Saturday, knocking the Canadian club out of first place in the Eastern Conference.

Maximiliano Urruti added a goal and an assist for Dallas (7-3-7). Dallas continued its home dominance of Toronto, having never lost in nine meetings.

Toronto (10-3-5) dropped into second place behind Chicago, a 4-0 winner over Vancouver on Saturday.

Lamah, who has six goals in the first MLS season, took a short pass from the left side by Urruti for a close-in goal in the fifth minute. Lamah made it 2-0 in the 21st off a through ball from Mauro Diaz.

After Toronto cut the deficit in the 56th on Marco Delgado's tap-in off a deflection, Urruti took a through ball and easily beating goalkeeper Alexander Bono in the 78th for his 10th goal of the season.