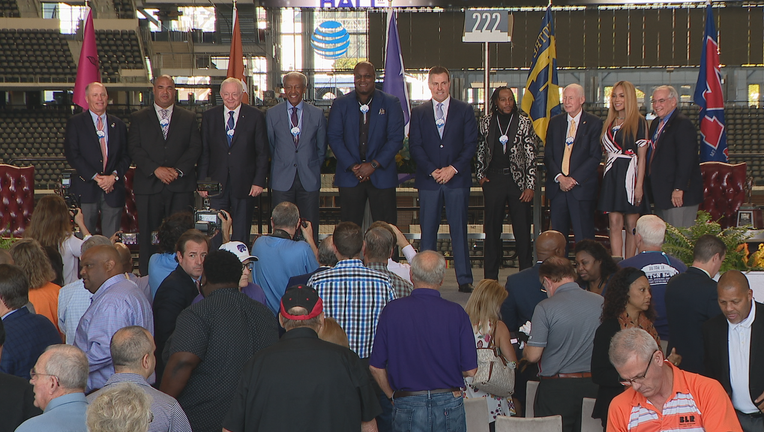 The Cotton Bowl recognizes individuals who played a significant role in developing the tradition of the long-running bowl game.

Jones, who played football at the University of Arkansas, talked about how the Cotton Bowl changed his life.

He also explained how he used the feeling he got walking into the Astrodome at 19 for his inspiration for AT&T Stadium – current home of the bowl game after a lengthy stay in Fair Park.