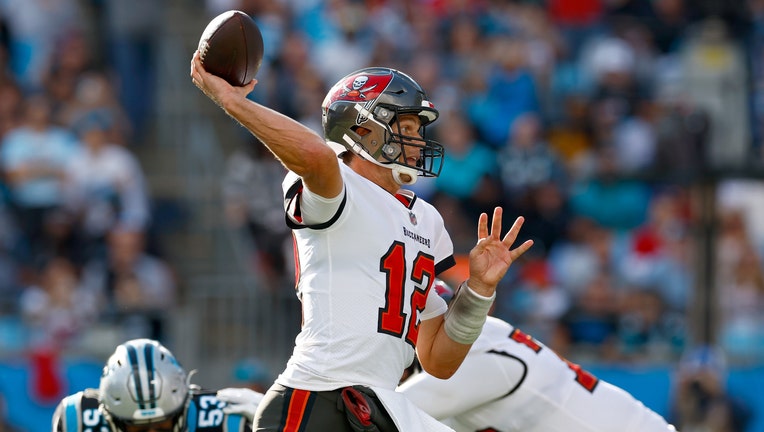 CHARLOTTE, NORTH CAROLINA - DECEMBER 26: Tom Brady #12 of the Tampa Bay Buccaneers throws a touchdown pass during the second quarter in the game against the Carolina Panthers at Bank of America Stadium on December 26, 2021 in Charlotte, North Carolin

The football Tom Brady threw for his record-setting 624th touchdown pass is up for auction, but it’s a record that will likely be broken again next season - by Tom Brady.

Brady threw the 624th touchdown - a record most thought would never be broken - in January during the Buccaneers’ last regular season game win over Carolina. Janice Green, a Tampa Bay mega fan, had a lifelong dream come true when Mike Evans leaped into the stadium and gifted her the ball.

After Brady announced his retirement in February, for 40 days, Green owned what was potentially one of the most valuable footballs in the world, according to Heritage Auctions. That is, until Brady un-retired on March 14.

Brady, who’s been in the league for 22 years, will return next season to add to the long list of NFL records he already holds - and it’s more than likely he’ll throw a touchdown or two.

Green was heartbroken when she heard the news, much like the man who paid $518,000 for the last touchdown football Brady threw in the post-season. The sale was voided after Brady came out of retirement.

But Green made the best of it and drove to Heritage Auctions in Dallas to consign the ball to the auction house. It’s a ball she said she went to sleep holding on the day Evans handed it to her.

The bidding was up to $6,000 on the auction house website as of Sunday afternoon.