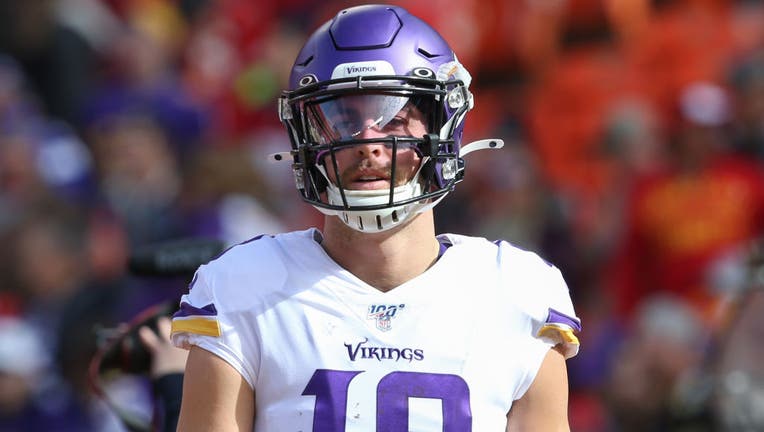 EAGAN, Minn. (AP) - The Minnesota Vikings have ruled wide receiver Adam Thielen out for the game at Dallas, increasing the possibility the two-time Pro Bowl pick will rest his injured thigh for the remainder of the month.

Thielen was hurt during a first-quarter touchdown reception on Oct. 20 at Detroit and held out the next week against Washington. It was the first absence of his six-year NFL career.

Thielen returned to the lineup last Sunday at Kansas City before aggravating the injury and sidelined in the first quarter.

After the Vikings visit Dallas on Sunday, they host Denver on Nov. 17 before their bye. So if Thielen were to be held out until the Dec. 1 game at Seattle, he would get four weeks of recuperation.

Nose tackle Linval Joseph (knee) was also declared out for Sunday, and cornerback Trae Waynes (ankle) was listed as questionable.