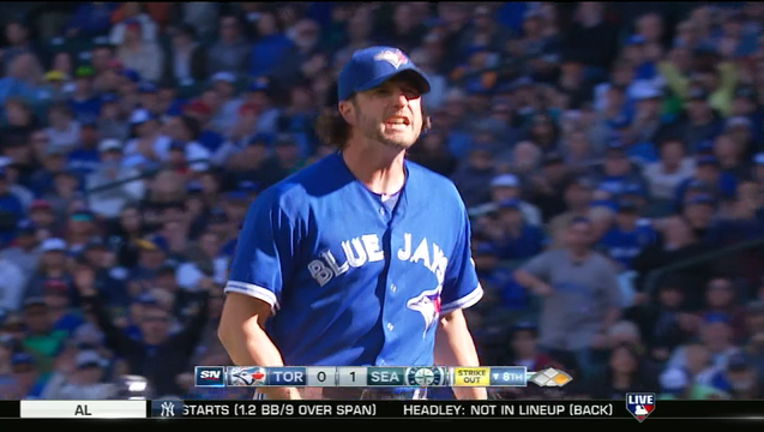 ARLINGTON, Texas (AP) - Jason Grilli has joined the Texas Rangers, providing a much-needed veteran presence in a bullpen that has struggled to close games.

Grilli was added to the Rangers roster Monday, a day after being acquired in a trade from the Toronto Blue Jays.

"As a veteran, it's humbling in a sense, one of those things that if you love and respect the game, you just pass on what the love and respect is, and that's all I would like to do with these young guys," the 40-year-old Grilli said.

Rangers manager Jeff Banister said Grilli will pitch in later innings and "kind of help glue some of those other guys together." The manager said Grilli has a wealth of experience that he is willing to share after pitching in pretty much every reliever role.

Grilli is in his 15th major league season spent with nine teams, including part of 2009 in Texas. He made 26 appearances for the Blue Jays this year, and was 2-4 with a 7.97 ERA before being designated for assignment last Tuesday.

The Rangers have a majors-high 17 blown saves this season, matching their total from all of 2016. They had four during their 10-game road trip that ended Sunday.

Texas doesn't have a designated closer after Matt Bush lost the role he had taken over earlier this season from Sam Dyson, who last month was designated for assignment and then traded to the San Francisco Giants.

Toronto sent Grilli to Texas for minor league outfielder Eduard Pinto and cash. The Blue Jays will send Texas $991,803 on Sept. 30 as part of the trade, and that will cover a little more than half of the $1,740,437 that remained of his $3.5 million salary this year.

"I just need to pitch consistently. I had too much time laying off ... four, six, 10 days," Grilli said about this season with the Blue Jays. "Got off to a little bit slower start this year, and wasn't being used as much. They're going in a different direction, and I respect that. I'm just happy to go where I'm wanted."

Texas also reinstated left-handed pitcher Martin Perez from the 10-day disabled list to start the series opener against Boston. To make room on the 25-man roster, right-hander Keone Kela was put on the 10-day DL with right shoulder soreness and lefty Dario Alvarez was optioned to Triple-A Round Rock.

Grilli is now teammates in Texas with Ernesto Frieri - the two relievers were traded for each other three years ago, and had a chance meeting in a bathroom at Chicago's O'Hare Airport after the deal while each was on the way to join their new team.

"Cleared it up," Grilli said. "Clean hands and all."