The Diamond Hill Jarvis HS soccer team is now the school’s first ever squad to make it to a state UIL championship game in any sport.

FORT WORTH, Texas - All the stops were pulled to celebrate a historic moment for a high school sports team.

It's a first in school history.

The boys were sent off with much more than a pat on the back.

The band was tuned up, posters were hung, and excitement levels were through the roof.

The Diamond Hill Jarvis HS soccer team is now the school’s first ever squad to make it to a state UIL championship game in any sport.

There was also a police escort for the big send-off Friday morning. 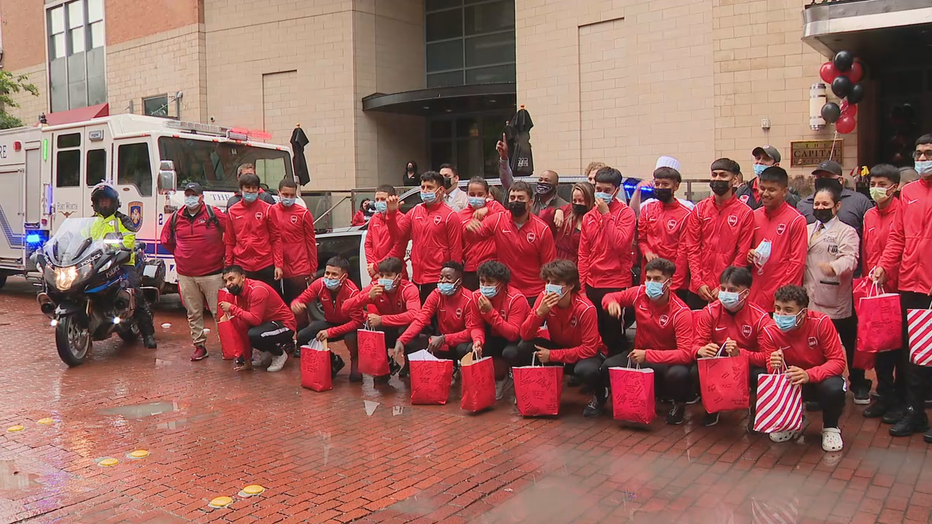 The soccer players, all of whom faced challenges from the pandemic with virtual school and remote work-outs, said they've dreamed of this moment since they were little kids. They are now heading to Georgetown, near Austin for the state championship.

We are super proud of these guys. They’ve been working their butts off for years to come and it’s finally paying off," the team’s coach, Kyle Reopelle, said.

And the excitement kept building. Before they hit the road, the team hit one of the city's finest restaurants.

The Capital Grille in downtown Fort Worth invited the team for lunch before the two-hour drive.

"I remember only being able to imagine this as a freshman, even eighth grade year. I was like, I really want to leave with a banger," Diego Rodriguez said.

"I said it in the beginning of the year, we’re going to win state," Luis Lopez said. "No one believed me, but look at us now. We are in the state finals."

The first match-up for the state final is against Boerne High School Saturday morning.