Dallas native Julius Randle will represent the New York Knicks in the NBA All-Star Game on Sunday in Atlanta.

DALLAS - Dallas native, Julius Randle, will play in his first career NBA All-Star Game on Sunday night. Randle will represent a resurgent New York Knicks team that he has led to the fifth best record in the eastern conference. This season, Randle is average 23.3 points, 11.1 rebounds and 5.5 assists per game.

Randle starred at Prestonwood Christian Academy in Plano before playing collegiately at the University of Kentucky. The Los Angeles Lakers drafted Randle with the No. 7 pick in the 2014 NBA Draft.

Julius' mother, Carolyn Kyles, surprised him with a congratulations video message that aired on the video board during a Knicks game on the day Randle found out he was a first-time All-Star selection. Randle says Kyles has mostly stayed at her home in Dallas during the pandemic because she is a diabetic and that making the All-Star Game is something they can celebrate during this tough year.

"She's really been isolating alone and when I'm back home in Dallas obviously I spend time with her but it's been tough," said Randle. "I know this was a special [moment] for her as well. She's been there every step of the way, seen all of the work that I've put in. It was amazing just to see how happy she was congratulating me." 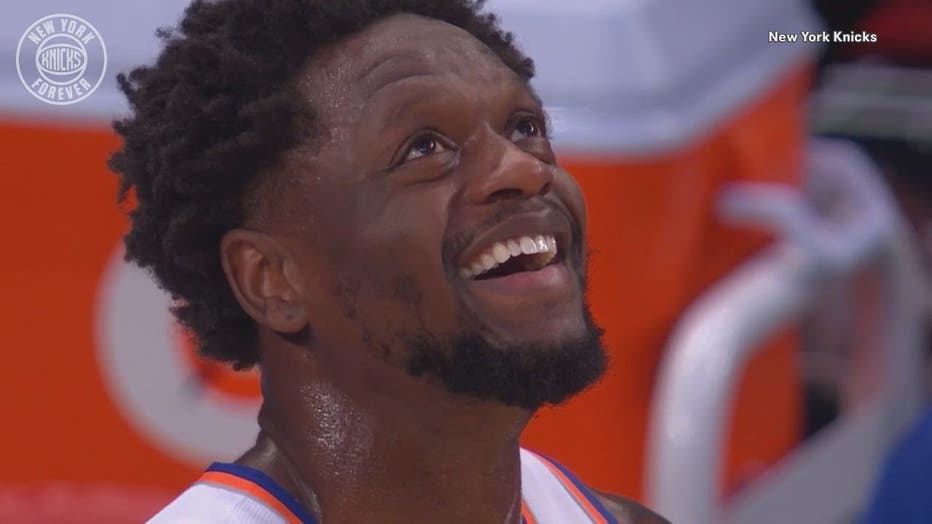