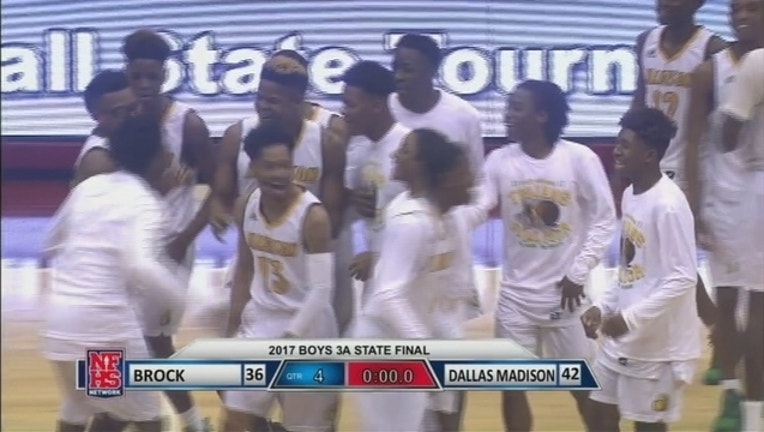 SAN ANTONIO (AP) - Dallas Madison slowed its pace but not the roll as the Trojans defeated Brock 42-36 for the Class 3A boys state championship.

Madison (28-8) had scored at least 67 points in their previous 17 games, but the Brock (30-9) deliberate offense and strong defense on Saturday limited the Madison up-tempo offense to two fast break points. Brock has not allowed more than 59 points in 27 straight games.