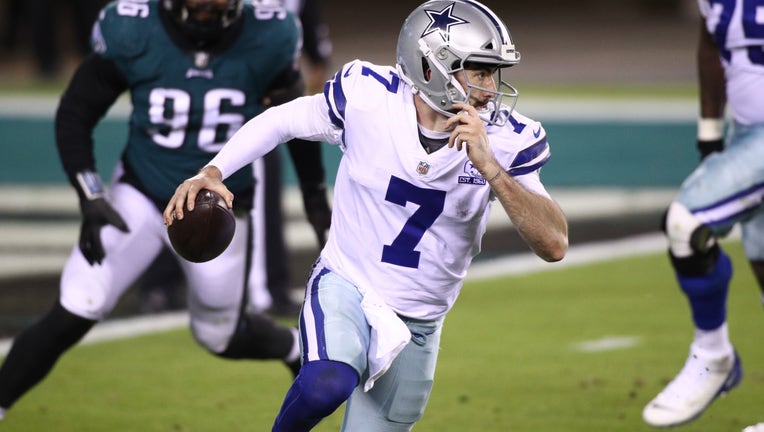 Dallas Cowboys Quarterback Ben DiNucci (7) scrambles away from pressure in the second half during the game between the Dallas Cowboys and Philadelphia Eagles on November 01, 2020 at Lincoln Financial Field in Philadelphia, PA. (Photo by Kyle Ross/Ico

FRISCO, Texas - The Cowboys cut several players but still have a lot of work to do on the roster before Week 1.

The coaching staff trimmed the roster from 80 players to 53.

Dallas also has at least seven players on the COVID-19 reserve list who either tested positive or are close contacts.

Those players don’t count toward the 53-man roster, so more changes are expected to come soon.

Owner Jerry Jones said he has confidence in the backup quarterback the team is keeping – Cooper Rush.

"We, of course, had him going on three years and I just think he’s shown he can run the complete offense. And credit to him, he had some tough competition," Jones said.

The Cowboys could pick up a veteran like Cam Newton.

Newton has not gotten the COVID-19 vaccine and faces more strict guidelines from the NFL.