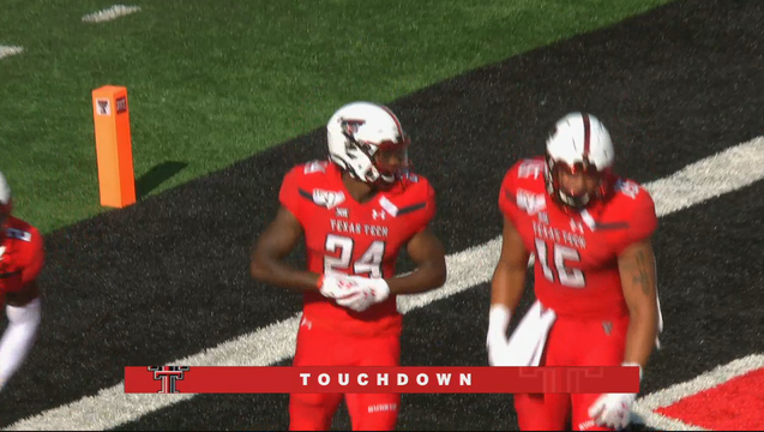 LUBBOCK, Texas (AP) - Alan Bowman and the Texas Tech offense got off to a fast start under new coach Matt Wells.

There were a lot of yards and a lot of points, just like the Red Raiders teams in the past and Utah State with Wells as head coach at his alma mater.

Bowman completed 40 of 55 passes for 436 yards with two touchdowns, and ran for another score late, as Texas Tech beat FCS team Montana State 45-10 in its season opener Saturday.

The Red Raiders quickly jumped ahead with 11-play touchdown drives on each of their first two possessions. Bowman, who as a true freshman last year threw for 2,638 yards and 17 touchdowns in eight games, completed his first 12 passes for 123 yards before throwing a ball out of bounds for his first incompletion midway through the second drive.

"Really good start to the game. I thought we came out ready to play on both sides of the ball," Wells said. "Offensively we ran the ball extremely well. ... Alan, I thought, made some really good decisions. He had control over the clock, showed some calmness and poise and I'm proud of him for that. We caught the ball very well."

Texas Tech piled up 691 total yards in its first game with offensive coordinator David Yost and an up-tempo scheme. He also came from Utah State where he was with Wells, the head coach at his alma mater six seasons before becoming a Power Five coach for the first time.

Montana State was held to 289 total yards. Redshirt freshman starting quarterback Casey Bauman was 7-of-19 passing for 120 yards with three of his completions going for at least 31 yards.

"I'm proud of the defense, the way we came out today," linebacker Jordyn Brooks said. "We had a couple hiccups here and there, but overall I think we played pretty good defense."

Montana State: The Bobcats, an FCS playoff team last year, are 3-35 against FBS teams. Their last win in such games being 19-10 in 2006 against Colorado, then a Big 12 member. Standout two-way player Troy Andersen exited early in second half, leaving the field on his own after being down briefly. Andersen, an All-Big Sky quarterback last season and now a starting linebacker, had four tackles. On offense, he was 2-for-2 passing for 7 yards, and ran once for no gain.

"Troy did a lot of good things today. Troy will do a lot more good things down the road. He didn't play a lot in the second half," Choate said, without elaborating.

Texas Tech: A positive start for the Red Raiders, who finished last season with five consecutive losses and a losing record for the third year in a row. Along with the expected solid performance by Bowman and the offense, the new staff's emphasis on defense showed in the opener. Montana State went three-and-out on five of its first six drives, and the only touchdown came on a drive extended by a converting a fake punt for a first down.

White had a chance to get into the end zone for Texas Tech much earlier than his 45-yard TD catch in the fourth quarter. White lost a fumble trying to stretch the ball in the end zone in the second quarter, becoming a turnover at the end of a 35-yard catch.

"Unfortunately that cost him, cost our team a little bit right there. But I was proud of him," Wells said. "We just talked to him about his body language, talked to him about his mindset when he came off the field, told him I was going to put him right back in the game. And you know what, I'm really, really proud of him. Because he could have sulked, he could have went in the tank, probably a normal person does."

Texas Tech is home again next Saturday to play UTEP.