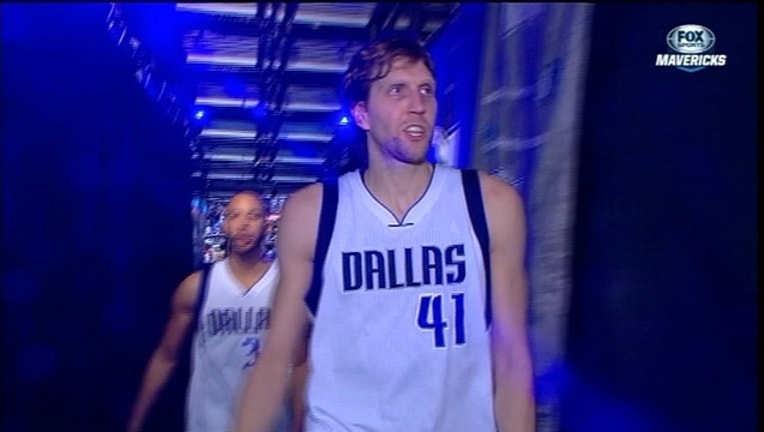 DALLAS (AP) — A person with knowledge of the deal says the Mavericks and Dirk Nowitzki have reached agreement on a two-year contract that could get the star forward to 20 seasons in Dallas.

The agreement would be worth roughly $20 million per season with a player option in the second year, the person told The Associated Press on Tuesday on condition of anonymity because contracts can't be signed until late Wednesday night Central time.

The 38-year-old Nowitzki will get a significant raise two years after signing a team-friendly deal at roughly $8 million per season to help the Mavericks in free agency.