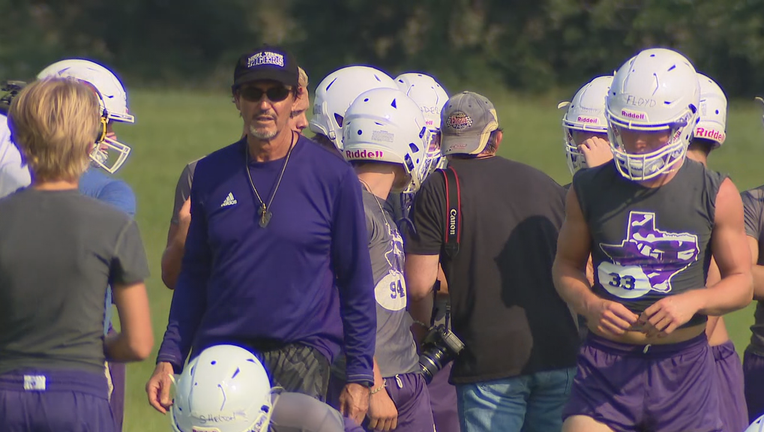 An investigation found two of his players at Mount Vernon High School transferred there for athletic purposes.

A committee of superintendents in the same University Interscholastic League district as Mount Vernon ruled unanimously on Tuesday that the two players are ineligible.

The decision reverses an earlier one that upheld the players’ eligibility.

“We are disappointed by and disagree with the sudden reversal of field by the District 7-AAA Executive Committee but respect its decision. Facts presented at a previous meeting on this topic on Sept. 18 resulted in the exoneration of the two students and validation of their athletic eligibility,” Mount Vernon ISD Superintendent Jason McCullough said in a statement.

The district maintains the students and their parents moved to the area for employment reasons.

“The DEC Tuesday voted 6-0 that the two students moved to our school district for athletic purposes as defined by UIL rules, despite what we believe to be overwhelming evidence that the parents moved from Colorado for employment reasons,” McCullough said.

The executive committee also voted to give the school a public reprimand for allowing a coach who was not employed by the district on the field.

The ruling could have meant Mount Vernon would have to forfeit all five of its wins this season. But the UIL decided not to penalize the team.

“Because these students were ruled eligible in a previous DEC hearing, Mount Vernon will not forfeit any football games. The students are ineligible for varsity athletic competition starting on Oct. 8,” the league said in a statement.

McCullough said the district is already preparing to appeal the ruling.

Mount Vernon is undefeated so far this season.