DALLAS - Students, from elementary school to high school, led a rally in Dallas Saturday in response to police brutality.

The kids gathered in South Dallas to fight for changes inside their schools.

Some people may not believe an 8-year old really understands what racism feels like, but Sofia Bryant said her awareness has amplified in recent weeks.

“I haven’t felt that great because it’s not really good to be racist,” Bryant said.

She explained her reaction to the video of George Floyd being killed.

“I thought it was just like fake, but when I saw it on the news I thought, ‘Oh, this is real. Racism is coming back to life.’” 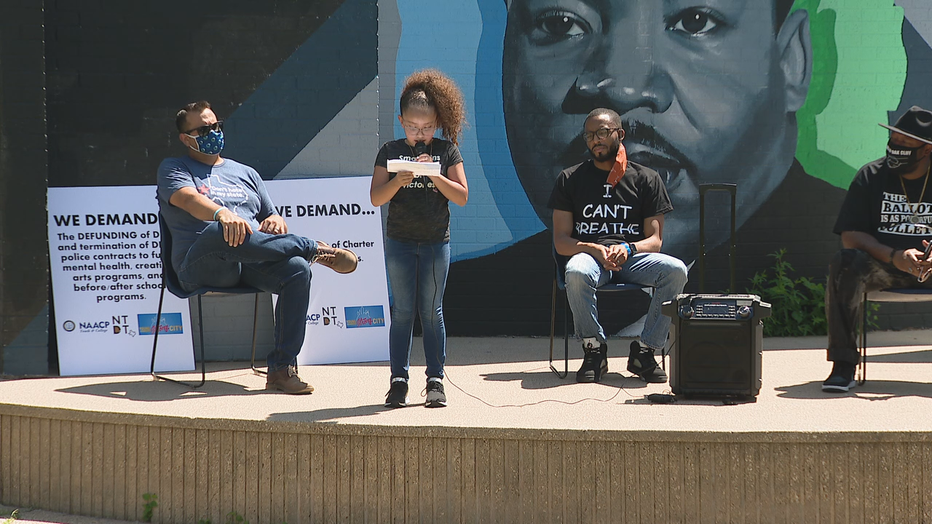 Bryant and a group of Dallas ISD students — some who are much older than Bryant — participated in a rally at the MLK Community Center in South Dallas Saturday morning.

“Justice is going to be in our policies,” he said.

One former educator said the problem will be solved when all backgrounds come to the table.

“And that equity requires sacrifice and that we need to do the work to make that possible and that Black Lives Matter,” Courtney Fadley said.

Some said it’s scary times for our youth.

A bit too scary for Birks, a recent high school graduate.

“It makes me not want to have a kid, honestly,” Birks said.

But Sofia Bryant said there’s still a fight to believe in.

“It makes me feel a little worried about myself and other black people,” she said. “I think it’s very important to teach everybody about racism.”