A woman shot while making a food delivery in Deep Ellum this week is out of surgery but ist still in the hospital.

DALLAS - A woman shot while making a food delivery in Deep Ellum this week is out of surgery but ist still in the hospital.

Amy Weaver, 40, was making a Grubhub delivery Sunday night around 10 p.m. at an apartment on the 3300 block of Elm Street when she says she was suddenly approached by two Hispanic male teens who demanded her phone. She was shot in the leg as she was handing the phone over. Police are still looking for the suspects.

Weaver’s femur was shattered when she was shot. She had surgery earlier this week to put a titanium rod in place. Her family says delivering for Grubhub was her only source of income. She'll be out of work for the next several weeks.

Lesli Stewart says her cousin has been delivering for Grubhub since June with no issues.

Stewart says Weaver was walking back to her car after making a delivery when two teens seemingly came out of nowhere.

“And then they said, ‘Do you want to die over your phone?’ And she went to hand it to him,” Stewart said. “And that's when somebody in the background said, ‘Pop her in the thigh.’” 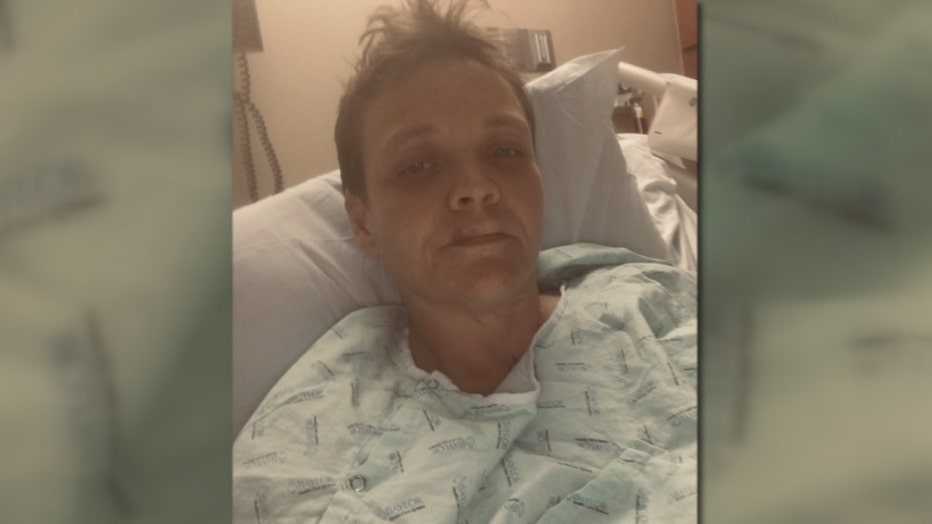 A neighbor, who didn't want her face shown, heard the gunshots.

“I was sitting on my balcony and I heard like a loud popping noise. I couldn't see exactly what was happening. But seconds later, three kids ran down the street to a car that was kind of idling in the middle of the road,” she recalled. “And then I heard her say, ‘Somebody please help me!’”

The witness says she saw three young teens in light-colored hoodies jumping into a dark SUV which took off. The shooting has shaken the neighborhood.

“I don't go out at night. I don't want to walk down the street by myself,” the witness said.

Dallas police have yet to release a more detailed description of the suspects or said if there's any surveillance video, but they say the getaway car was driven by a Latin woman.

“It makes me angry,” Stewart said. “But after I get through the anger, it makes me sad thinking that this starts some place. And it starts at home. There's something these kids are missing.” 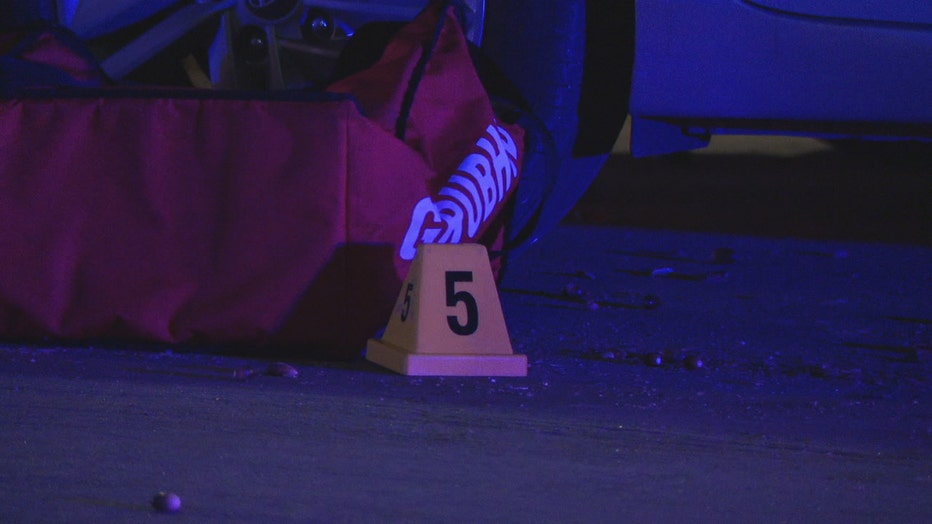 Weaver is recovering from surgery to repair her shattered femur. Her family says delivering for Grubhub was her only source of income and she doesn't have insurance. She'll likely have to go to a rehab facility for a couple weeks after she's released from the hospital.

“I just keep on telling her we're going to make it. We just got to take it one day at a time,” Stewart said.

The victim's family says they're not sure if she'll ever return to making deliveries. The family is raising funds online to help her with medical expenses.