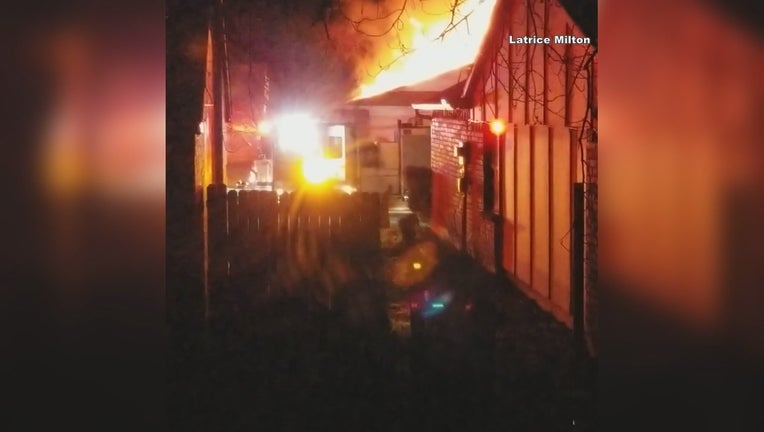 FORT WORTH, Texas - A woman who was pulled from a burning home in Fort Worth Monday night has died.

Firefighters pulled 67-year-old Paula Hopkins out of the home on Castaneda Drive near Meadowbook Drive and Cooks Lane around 6:30 p.m.

A neighbor shot video of flames shooting through the roof. Fort Worth Fire Department spokesman Mike Drivdahl said firefighters were on the scene within five minutes but by that time there was already intense flames in the attic.

After learning someone was inside, Drivdahl said the firefighters went in and pulled Hopkins out of her home. They immediately began providing life support.

She was rushed to the hospital in critical condition but did not survive.

Firefighters pulled a 67-year-old woman from a burning home in Fort Worth.

Hopkins’ daughter Shannon Demps also lives at the home. She said she was on her way home from work when a neighbor called to tell her the house was on fire.

“I’m sad. I mean we’ve been in this house since 1993, so there are a lot of memories there. A lot of things that we can’t replace. But it’s a house, and it is what it is. It’s a building. I’m more worried about my mom than this building,” she said before learning of her mother’s death.

Firefighters are still investigating what caused the fire. They aren’t sure where in the home the flames began, but most of the damage is in the attic and in the back of the house.