Police offer tips to runners after woman attacked during run

Several running groups came together for a run and got tips from police after a woman was attacked while jogging in Frisco.

FRISCO, Texas - The woman attacked on her Monday morning run in Frisco made her first public comments Wednesday with an online statement thanking the community for their support.

The attack happened in the Trails neighborhood, north of Main Street, near FM 423.

The woman fought off her attacker and police are still looking for him.

Runners are being more vigilant, and the Frisco Running Company hosted a running safety meeting with police Wednesday night.

Members gathered to discuss the attack. A Frisco police officer was on hand to answer any questions about the investigation.

“We’re trying to do this, not only for her, but the community,” Eduardo Ortiz said.

Ortiz, like many at the club, knows the 54-year-old victim.

The runner attacked released a statement on social media in which she said that even though the last few days have been difficult, she won’t let it stop her from running and plans to be back out on these streets joining her fellow runners soon. 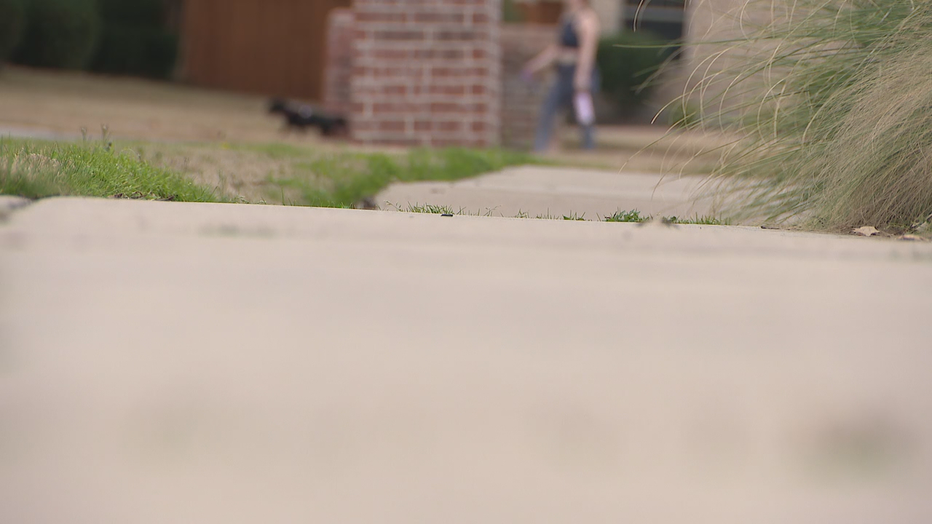 Before the sun rose Wednesday, runners in Frisco took to the streets in full force to support a fellow runner. Runners also were out Wednesday evening in a show of solidarity for the victim.

“We’re trying to do this, not only for her, but the community,” Eduardo Ortiz said.

Ortiz, like many at the club, knows the 54-year-old victim.

“We got as many as we could out for a run in honor of her, and to show those predators out here that we aren’t going to be shaken. We’re going to be able to run our streets,” runner Marcia Foster said.

Monday’s attack on The Trails Parkway has shaken the local running community.

The victim released a statement on social media, thanking first responders and the family who opened their door to her.

“I want everyone to know that I will not let this get the best of me, and I will be back out shortly to resume my passion for running. I know we all will learn from this, and I hope everyone continues to pursue their goals and not let anyone stand in their way.”

As police continue to look for the suspect, other runners have their own message.

Police are now meeting with runners to go over a safety plan.

Ideally, they want people to run when the sun is out, but if that doesn’t happen, to wear lights and always have situational awareness.

In response to the attack, The Frisco Running Club is partnering with Rockstar Martial Arts, Police, and Fight Doc to host a self-defense seminar February 29.

“With everything that’s happened with this runner, we tell our students all the time, you never know when the situation can happen,” said Josh Ruff, with Rockstar Martial Arts.

Gym owners said that within 24 hours of pulling the event together, more than 150 people have contacted them.

Police haven’t said if they’ve been able to recover any surveillance video or pictures of the suspect.

They’re asking for the public’s help.

They describe the suspect as a stocky, heavy set male about 5-foot-6 or 5-foot-7, with a distinct bowlegged walk.

The woman attacked on her Monday morning run in Frisco made her first public comments Wednesday with an online statement thanking the community for their support.