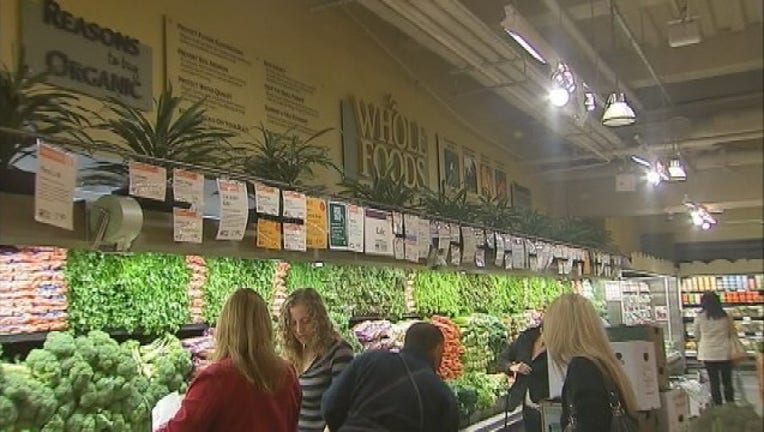 NEW YORK (AP) — Whole Foods will stop selling products made using a prison labor program after a protest at one of its stores in Texas.

The company said the products should be out of its stores by April 2016, if not sooner. Whole Foods said it has sold tilapia, trout and goat cheese produced through a Colorado inmate program at some stores since at least 2011.

Michael Silverman, a Whole Foods spokesman, said the company had sourced the products because the program was a way to "help people get back on their feet and eventually become contributing members of society."

But he said the company decided to end the practice because some customers were uncomfortable with it.

The tilapia, trout and cheese in question come through Colorado Correctional Industries, a division of Colorado's department of corrections. On its website, CCI says its mission is to train inmates with skills and work ethics that help them secure employment after release.

Dennis Dunsmoor, director of the program, said the program doesn't provide goods directly to Whole Foods, but that its partners do. He said inmates who volunteer for the program are paid 74 cents to $4 a day, and are eligible for performance bonuses.

Inmate work is typically used for government needs, such as the production of license plates or office furniture for state agencies, said Marc Mauer, executive director of The Sentencing Project, a criminal justice research and advocacy group. But he said several states have programs where prisons contract with private companies.

Mauer said the programs can benefit inmates by giving them productive work and training in useful skills, but that there's potential for exploitation, since companies typically pay far less for prison labor than they otherwise would.

"Are companies doing it out of the goodness of their hearts, or because it's cheap labor?" Mauer said.

Michael Allen, a prison reform advocate, said Whole Foods informed him of its change in policy after he organized a protest at one of the company's stores in Houston this weekend. Whole Foods Market Inc. is based in Austin, Texas. Although other companies sell products made by inmates, Allen said he thought it was hypocritical of Whole Foods to do so.

"They say they care about the community, but they're enhancing their profit off of poor people," Allen said, noting the pay that inmates receive for such work.

Scaggs said that the prison system needs improvement, but that CCI is a "model program" other states should look to in helping inmates. He said Haystack has a contract with CCI and pays a "fair market price" for the milk supplied.

Quixotic Farming, which sells tilapia and works with Colorado Correctional Industries, said the majority of its tilapia is raised on Missouri farms using civilian workers. But it said it is proud of its work with CCI to help inmates there learn a job skill they can use when released.

In its 2014 annual report, Colorado Correctional Industries said it employed more than 1,800 inmates, with the goal of doubling the program over the next decade. It said more than 80 percent of inmates with at least six months experience remain out of jail a year after release, compared with the national average of 62 percent.

Whole Foods' sourcing of products made through inmate labor has been covered in publications including Fortune, Dissent magazine and Vice.