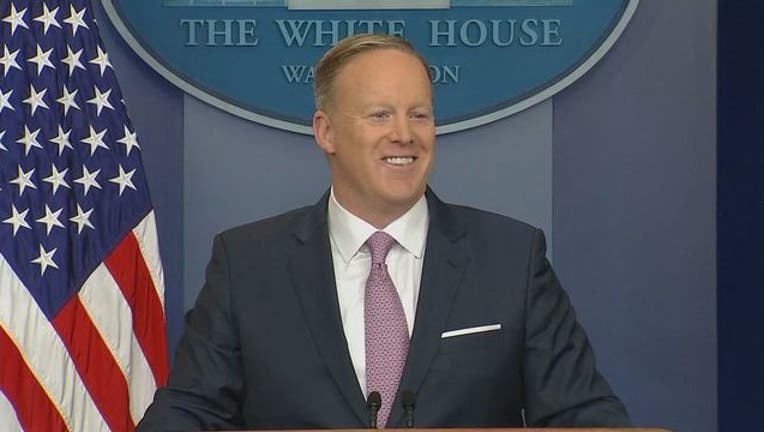 WASHINGTON (AP) - The White House struggled Wednesday to answer whether it believes President Donald Trump is the target of a counterintelligence investigation.

When first asked whether Trump is the subject of such a probe, press secretary Sean Spicer said the White House needed to find that out.

"There's obviously a lot of concern," he said. Spicer added that the question is the reason why Trump has asked Congress, specifically the House and Senate intelligence committees, to include the issue in its investigation into Russian involvement in the 2016 campaign.

Spicer revised his response later in the briefing after an aide handed him a note.

An Obama spokesman denies the allegation.