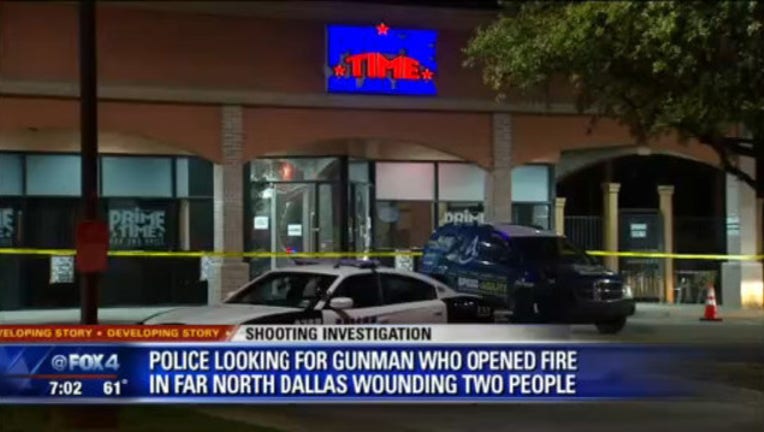 Dallas police are looking for the man who opened fire in a parking lot early Saturday morning.

It happened just before 2:30 a.m., outside the Prime Time Bar and Grill on Rosemeade Parkway in far north Dallas, near the Carrollton city line.

One of the victims was taken to a hospital. Their condition is not known.

Several windows at the business were broken by gunshots, police said.