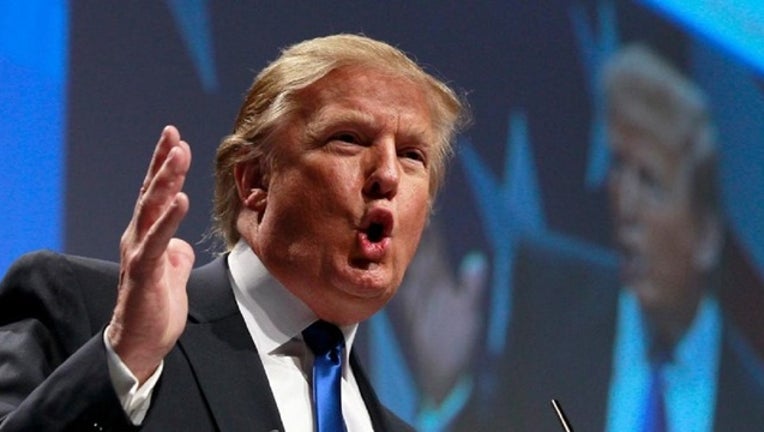 WASHINGTON (AP) - Among the likely winners in President Donald Trump's tax-cut plan would be a real estate developer turned reality TV star who now happens to occupy the White House.

The one-page proposal released Wednesday seems sure to benefit the president's businesses. It would eliminate the estate tax, repeal the alternative minimum tax that affects some affluent people, deeply slash corporate rates and reduce investment taxes - all of which could in theory benefit a billionaire real estate magnate like Trump.

It's a sensitive subject for a White House that is telling Americans its proposed cuts to individual and corporate tax rates would aid the middle class and fuel stronger economic growth.

When Trump's spokesman, Sean Spicer, was asked by reporters Thursday whether it was fair to inquire about the benefits that the tax cuts would provide for the president and his family, he sidestepped the question.

"I would guess that most Americans would applaud what the president is doing," Spicer said.

Democrats are using the possibility of presidential profits to bash the proposal. House Minority Leader Nancy Pelosi, D-California, noted Thursday that the proposal would have lopped more than $30 million off Trump's 2005 income taxes, based on a partial copy of Trump's tax return for that year that was leaked months ago.

"His tax outline is a wish-list for billionaires, trickle-down all over again - and guess who it is trickling all over?" Pelosi said.

It's unclear just how much the tax overhaul would help Trump because the proposal still amounts to mainly a series of bullet points - and because the president has steadfastly refused to release his tax returns despite having promised to do so in the past.

The refusal to release his tax returns during the campaign broke decades-old precedent, and Trump "has no intention" of doing so now, Treasury Secretary Steve Mnuchin said.

"We should see his tax returns," said Frank Clemente, the executive director of Americans for Tax Fairness in Washington. "We have no idea what deductions he's taking; whether he's still paying the alternative minimum tax."

Steve Witkoff, a New York-based real estate developer and a friend of Trump, defended the proposed tax changes, arguing that they could foster an environment in which more Americans take the sort of financial risks that create jobs and feed prosperity.

Witkoff said Trump's major goal was to drive a stronger economy, not enhance his own financial standing.

"I think this president ought to be commended for standing on the soap box and saying, 'I don't accept that we're going to have mediocre growth,'" Witkoff said, adding that the president had "too much money to really care about benefiting himself."

Here's a breakdown of four major changes to the tax code that could possibly reduce the president's taxes:

Under current tax rules, your heirs must pay 40 percent in taxes on any assets they inherit in excess of $5.49 million ($10.98 million for married couples). Trump says he is worth $10 billion or so. As a result, eliminating the inheritance tax could possibly produce an enormous windfall for his heirs.

Much of Trump's income from his various businesses are taxed as "pass-through" corporations, a category that requires owners under current rules to pay individual tax rates as high as 39.6 percent. That would change under Trump's proposed plan. Owners of "pass-throughs" would be taxed at the new, much lower corporate rate of 15 percent.

The administration says it would ensure that wealthier Americans wouldn't exploit the lower pass-through rate, but it provided no details on how that would do so.

If the rules work in Trump's favor, he could receive more than half off on the "pass through" portion of his tax bill.

The plan calls for the elimination of the Alternative Minimum Tax, which raises the federal tax bill of wealthy Americans like Trump who would otherwise capitalize on special tax breaks to pay far less. The benefit to Trump could run as high as tens of millions of dollars a year. According to recently leaked Trump documents from 2005 cited by Pelosi, Trump paid $36.5 million in federal taxes that year because of the AMT. Without it, he would have owed just $5.5 million.

One of the sources for funding in President Barack Obama's health insurance law is a 3.8 percent net investment income tax that applies to capital gains and rental and royalty income, among other sources.

Trump would eliminate this tax in hopes of improving growth, but it would probably also reduce his tax bill.