Thomas Jefferson High School is not letting the EF-3 tornado that hit Sunday stop them from celebrating homecoming this weekend.

DALLAS - Thomas Jefferson High School is not letting the EF-3 tornado that hit Sunday stop them from celebrating homecoming this weekend.

Students found out Friday that the band will have instruments to play, and band members retrieved their instruments at their temporary school home -- the Edison Learning Center.

It was initially feared all the instruments were destroyed when Sunday night's tornado nearly demolished the Thomas Jefferson HS campus.

But the band room, and everything inside, was spared.

Just two days ago, those at Thomas Jefferson HS thought homecoming would have to go on without the band.

But Friday morning, each and every band member was reunited with what felt like an old friend.

It seemed to be the moment when hundreds of displaced Thomas Jefferson HS students felt like they had a new home away from home. 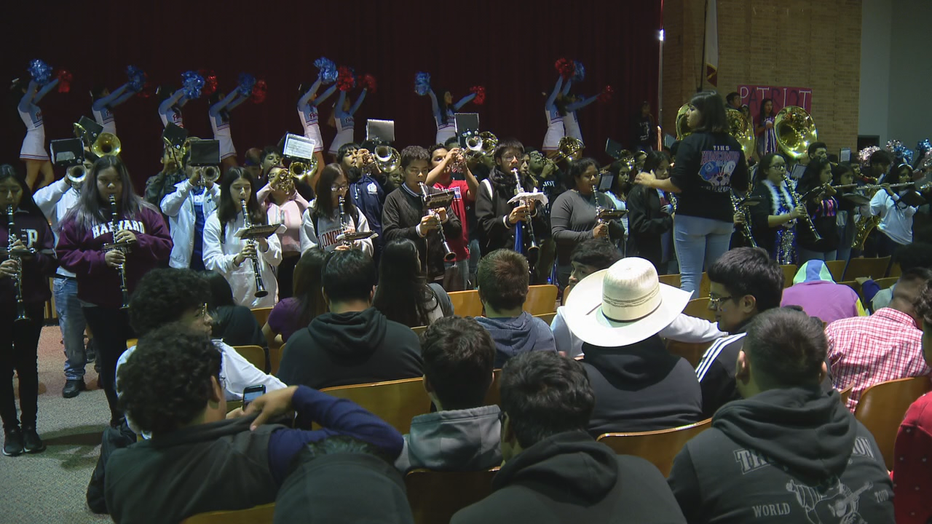 “The instruments are the thing that make us happy,” Miguel Salas said.

“When they came in [Friday] morning, I saw several people hugging their instruments, saying, ‘Oh, I missed my instrument so much,’” band director Bob Romano said. 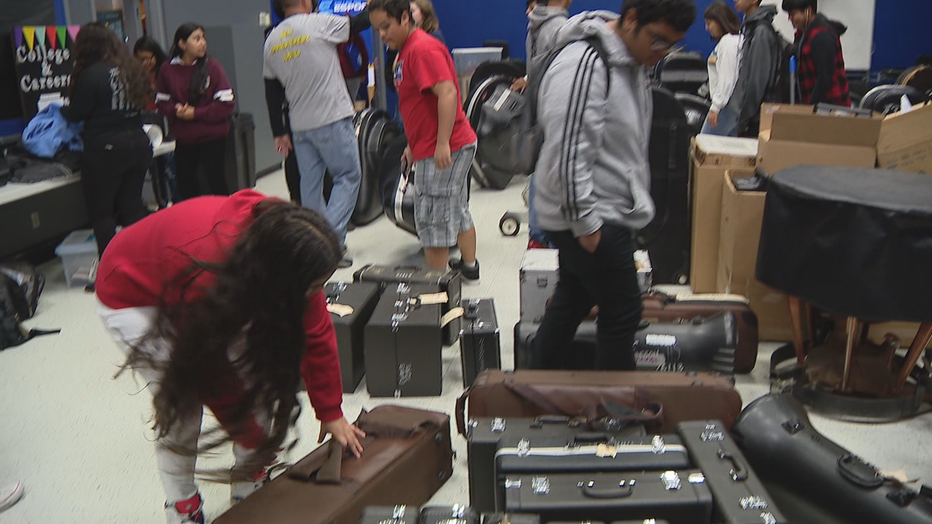 With the high school so badly battered by Sunday's EF-3 tornado that hit North Dallas, no one was sure what the band room would look like.

Before the heavy rains came Thursday, Romano and others set out to salvage what they could.

Thankfully, all the uniforms and instruments were okay.

They were packed up and moved to Jefferson's new home for the next year, the former Thomas Edison Learning Center.

“This is one positive light in these kid’s immediate future,” Romano said. “Some still don't have power, some of their homes were destroyed. At least they have some sense of normalcy to come back here. It really means a lot to them.”

FOX4 was there as Jackie Rios found her flute.

“I missed it. I was very worried about it the whole time when the tornado hit the whole school,” Rios said.

Now, with so much that has changed, these kids have one thing that's the same. 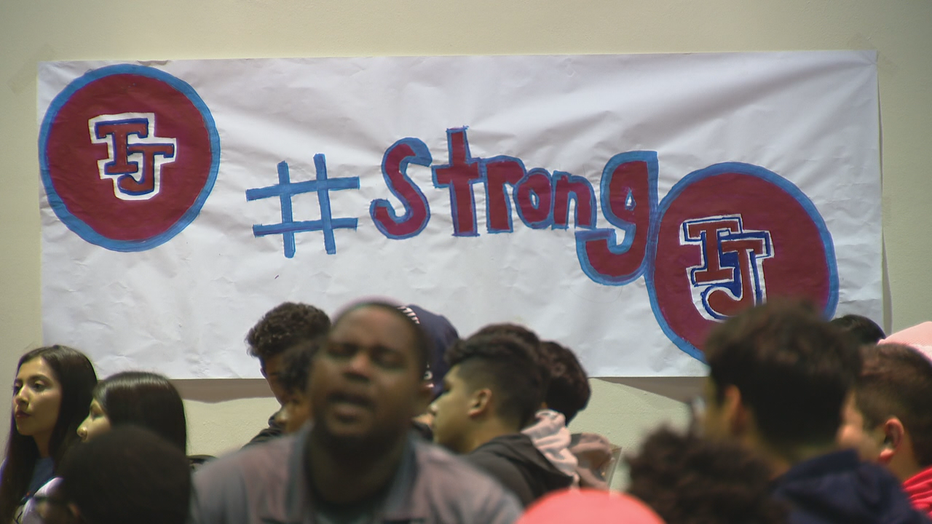 The Thomas Jefferson HS football team lost a lot of equipment in the tornado, but fortunately, SMU has stepped up and donated a lot of football gear.

Cowboys owner Jerry Jones is set to attend Saturday's homecoming game and make a significant announcement about the needs of the football program.