An asthma attack can be terrifying for both the suffering and those around them – gasping for breath and scrambling for an inhaler. Over 25 million in the U.S. live with asthma and 10 Americans per day die from it, according to the Asthma and Allergy Foundation of America.

Your best chances for survival and avoiding attacks may be geographic. The AAFA identified the worst cities for asthma sufferers. The Asthma Capitals Report rated the most populated 100 U.S. cities according to the highest asthma prevalence, emergency room visits and deaths.

7 most challenging places to live with asthma:

Right now, many afflicted with asthma are keeping a close eye on the high tree and grass pollen levels. Pollen is one of the top triggers of asthma.

"Some of the most common risk factors for developing asthma are genetic, such as having a parent with asthma or having an allergic condition," Sanaz Efekhari, V.P. of Corporate Affairs and Research for AAFA, explained. "However, many risk factors are environmental, such as developing a severe respiratory infection as a child, exposure to smoke, exposure to certain chemical irritants or industrial dusts in the workplace, and exposure to air pollutants."

The CDC estimates that asthma accounts for 1.6 million visits to the emergency room and 200,000 hospitalizations yearly. 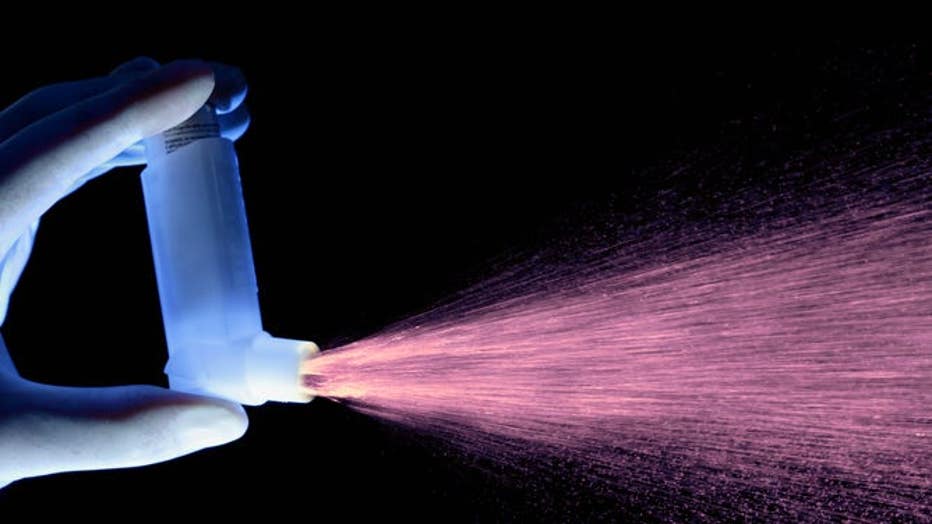 "Asthma is a chronic disease that causes your airways to become inflamed, making it hard to breathe," Efekhari said. "When you are exposed to a trigger, symptoms may appear and cause airway swelling, mucus production and narrowing."

Emergency room visits and mortality numbers are also skewed by factors like poverty, lack of health insurance and smoking laws. Asthmatics in poverty and/or without insurance are less likely to have medicines and regular doctor visits.

The foundation’s research found that most of the cities designated as "worse than normal" were clustered in three major asthma belts; the Northeast and Mid-Atlantic, the Ohio Valley and the West.

The study suggests urban populations and those near manufacturing, industrial businesses and high-traffic roadways are most at risk and see especially high rates of childhood asthma.

These include areas in the Northeast and the mid-Atlantic.

Access to specialists was also a problem and experts said this was no truer in Allentown, Pennsylvania. The AAFA reports the city had fewer than 12 in the area.

The worst asthma cities across Michigan, Ohio and Kentucky all had a higher poverty rate than average, which the study points to as a key factor along with air pollution and low rates of asthma medicine use.

Lower on the list but still in the top 20 worst cities are Tuscon, Arizona and Fresno, California. Both cities had high rates of asthma related deaths.

Fresno has been hit hard by wildfires and is also plagued by poor air quality often over the winter during temperature inversions which keep pollutants at the surface (instead of mixing with higher elevation air.)

The American Lung Association gave Tuscon an "F" in their State of the Air report. 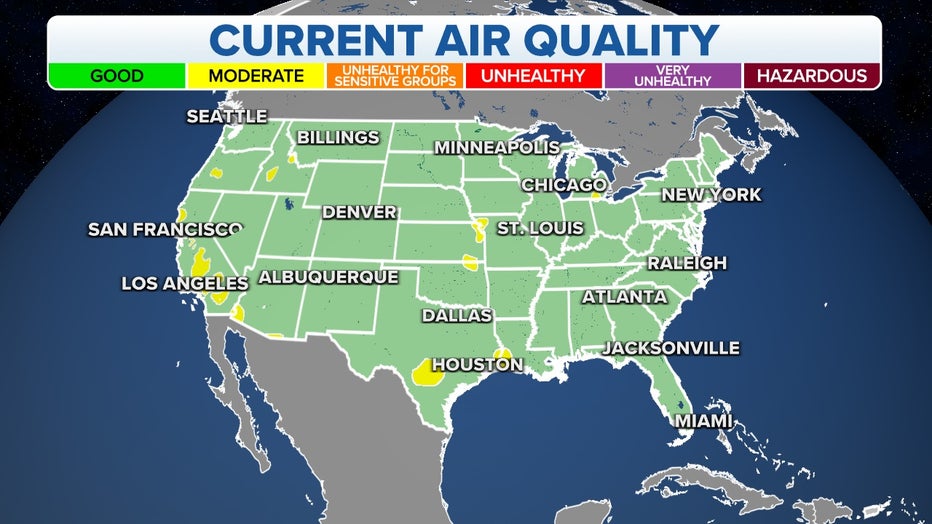 "For those who are triggered by pollen, rising temperatures produce more ozone and air pollutants, which releases more carbon dioxide," Efekhari continued. "This causes the growing season of plants to start earlier in the year and end later, meaning more time for pollen production and longer, more severe pollen seasons."

The ‘perfect storm’ for asthma sufferers

"The seasonal peak, or "Asthma Peak Week" is a time when we tend to see increases in asthma episodes, attacks, and asthma hospitalizations. This usually happens the third week of September," said Efekhari. "This peak happens due to a perfect storm of asthma triggers: the peak of ragweed season, increased exposure to mold from leaves, increased exposure to respiratory illnesses from children returning to school, and the start of flu season."

The AAFA plans to release an updated report in September.

Look at your forecast on the FOX Weather app to check out the Air Quality Index levels. And watch FOX Weather for pollen levels.