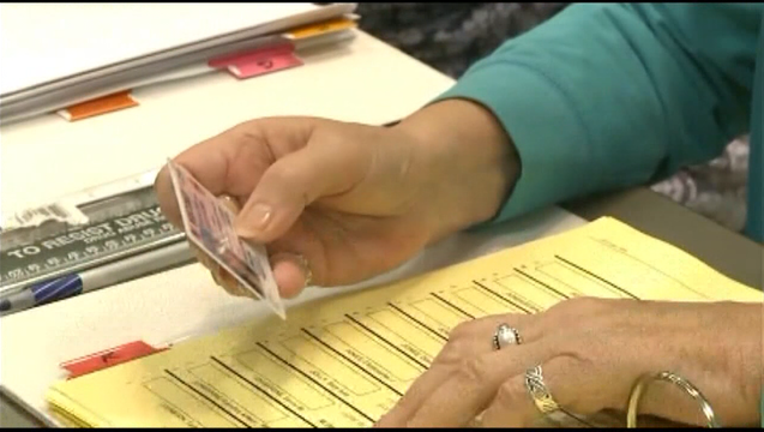 The bill doesn't ease requirements about which seven forms of picture identifications people are allowed to show when casting ballots - gun licenses remain acceptable, but college IDs aren't. Federal courts have ruled the law disproportionately affects poor and minority voters, and ordered a workaround for November's presidential election that let Texans without required ID vote by signing an affidavit.

Sponsored by Republican Sen. Joan Huffman, the bill instead makes permanent many of the court changes while also creating a criminal penalty of up to 10 years in prison for deliberately lying on such affidavits.

A recent Associated Press analysis of roughly 13,500 affidavits submitted in Texas' largest counties found at least 500 instances in which voters were allowed to get around the law by signing an affidavit and never showing a photo ID - despite indicating that they possessed one. Most of those cases tended to reflect confusion about - or people deliberately voicing objections to - the voter ID law, rather than attempted fraud.

The proposal passed 21-10 and now needs only a ceremonial final vote before heading to the state House, which, like the Texas Senate, is Republican-controlled.

The bill drew stiff objections from Democrats, including Sen. Jose Rodriguez of El Paso, who noted that it doesn't fully follow the court-ordered fixes. He also worried the proposal could prosecute people who mistakenly sign unnecessary affidavits while adding "another level of intimidation" that may further stigmatize voters casting ballots because they lack proper ID.

Huffman countered that her proposal aims "to follow all constitutional direction that Texas received from the federal courts to achieve a bill that is fair to all who want to vote, yet retains the integrity of the vote."

Minority rights and civic groups are leading the legal challenges against Texas' law, which was first approved in 2011 and has been in court virtually ever since. They argue that it deliberately targets segments of the population that tend to support Democratic candidates.

President Donald Trump makes frequent claims that the nation's voting systems are vulnerable to fraud, saying - without evidence - that he would have won the presidential election's popular vote if not for 3 million to 5 million immigrants in the country illegally who voted for Hillary Clinton.

Under the Obama administration, the U.S. Justice Department joined groups challenging Texas' law as unconstitutional. But after Trump took office, the department sought to delay an ongoing federal case until after Texas' legislative session, pointing to efforts to tweak the law, including Huffman's bill.

A judge turned down that request, but it nonetheless indicates that, under Trump, the federal government may scrap its previous objections to the law.