An arctic blast is expected to overtake much of the U.S. next week and plunge the eastern two-thirds of the country into a deep freeze.

Temperatures at or near freezing are possible as far south as south-central Texas by the end of next week, with temperatures in the teens and 20s across much of the northern part of the Lone Star State. 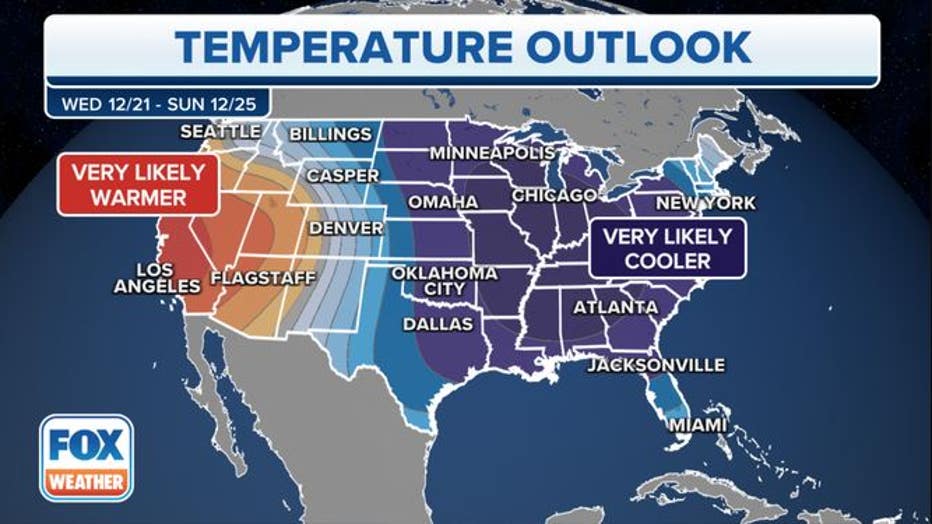 The temperature outlook from the Climate Prediction Center shows the most likely areas to be affected by freezing weather next week.

Word of freezing weather in Texas has evoked memories of a deep freeze that crippled the state’s power grid in 2021. Millions across the state were left without electricity for days as temperatures dropped to their lowest levels in a decade. More than 200 people died because of what some now call the Great Texas Freeze.

An investigation by federal energy regulators blamed the grid failure on frozen equipment at power plants and natural gas facilities. More than 20 power plants in Texas did not have any winterization plans despite standards recommending they do so, investigators found.

Since then, state regulators and the Electric Reliability Council of Texas, which manages most of the state’s power grid, have implemented policies they said are aimed at mitigating such issues during future storms.

Next week’s predicted cold has already caught the attention of ERCOT officials.

"ERCOT is monitoring the forecast and models closely, and will deploy all available tools to manage the grid reliably," an agency representative said in a statement sent to FOX Weather on Friday. "ERCOT expects sufficient generation to meet forecasted demand at this time."

HOW TO PREVENT PIPES FROM FREEZING IN BITTERLY COLD TEMPERATURES

Some of those tools include weatherization of power equipment, bringing more generation online earlier if needed and purchasing more reserve power, according to the agency’s statement.

Texas has a diverse power generation system that includes solar, wind, nuclear and coal. However, most of the electricity in the state comes from natural gas power plants. This week, ERCOT added a chart to its grid-information dashboard showing in real-time the mix of fuels being used to generate power in the state.