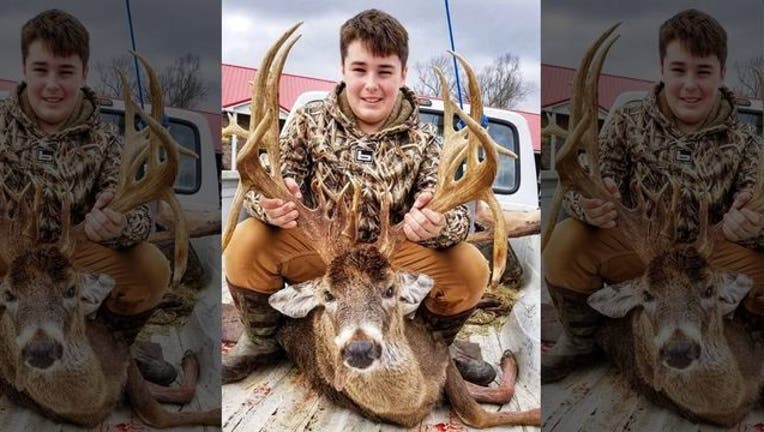 FOX NEWS - A Tennessee teen who had initially planned to hunt squirrels ended up with a “monster” 27-point buck instead.

Bo Ezell, 13, of Benton County, bagged the deer in late December after a friend called him about a buck behind her home.

The teen, who was slow to make his way to his friend’s house because he didn’t expect to catch the massive creature, was informed after his arrival that the buck had made its way to a nearby creek, the Tennessee Wildlife Resources Agency said in a statement on Facebook.

At first, Ezell was unable to see the buck. But he finally noticed it, telling the wildlife agency it “looked like it had a big bush on his head.”