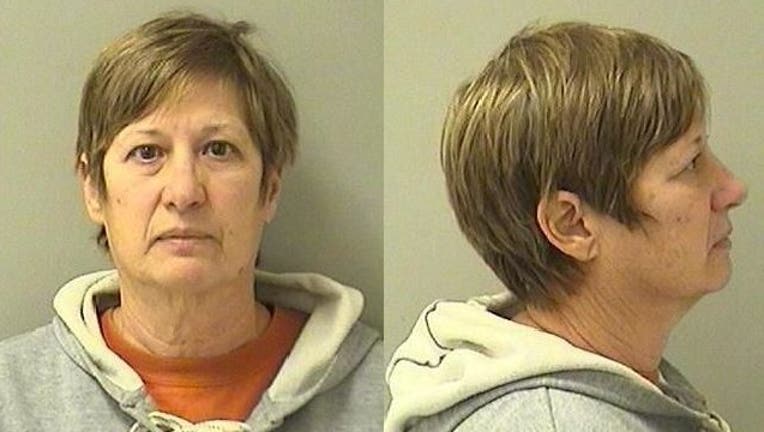 BURLINGTON, Ill. - A former Burlington Central School District bus aide has been charged with striking a young child and knocking out two teeth in the northwest suburbs.

Jean M. Micklevitz, 63, is charged with a felony county of aggravated battery to a child, the Kane County state’s attorney’s office said in a statement.

Micklevitz allegedly hit a child younger than 13 years old in the face when she was a helper on a bus for special needs students for Burlington Central School District 301, prosecutors said.

The child entered the bus on Oct. 2 and asked for a juice box, and Micklevitz said food and drink wasn’t allowed, prosecutors said.

A Kane County judge issued an arrest warrant for Micklevitz, of Burlington, on Wednesday and set her bail to $30,000, prosecutors said. She was arrested by sheriff’s deputies that afternoon, posted $3,000 bond and was released.

Micklevitz and the bus driver were immediately suspended after the school was notified of the incident by school employees and the student’s mother, according to District 301 superintendent Todd Stirn.

The district notified the sheriff’s office and the IL Department of Children and Family Services, which began their own investigations, Stirn said. Both employees were dismissed on Oct. 21.

“The safety and well-being of our students is a top priority,” Stirn said. “We take matters of student safety seriously. This was an isolated incident, and we immediately followed our established district protocols to address it.”

Stirn declined to comment on how the former bus driver was involved in the incident.

Micklevitz’s next court date was Oct. 30. If convicted, she faces between two and five years in prison, and 10 years as a registered violent offender against youth in accordance with the Illinois Violent Offender Against Youth Act.