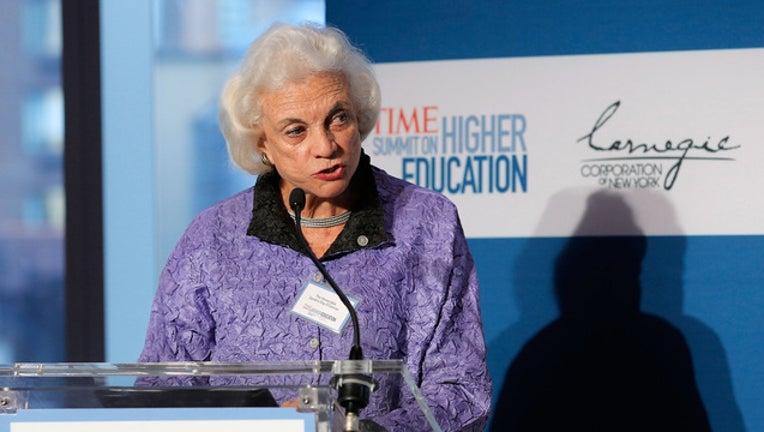 Associate Justice of the Supreme Court of the United States (Ret.) Sandra Day O' Conner addresses the audience during the TIME Summit On Higher Education on October 18, 2012 in New York City. (Photo by Jemal Countess/Getty Images)

WASHINGTON - (AP) -- Sandra Day O'Connor, the first woman on the Supreme Court, says she has the beginning stages of dementia and "probably Alzheimer's disease."

O'Connor made the announcement in a letter Tuesday. She said that her diagnosis was made "some time ago" and that as her condition has progressed she is "no longer able to participate in public life."

O'Connor, 88, was nominated by President Ronald Reagan and took her seat on the court in 1981. She announced her retirement in 2005.

O'Connor's announcement came a day after a story by The Associated Press that she had stepped back from public life.