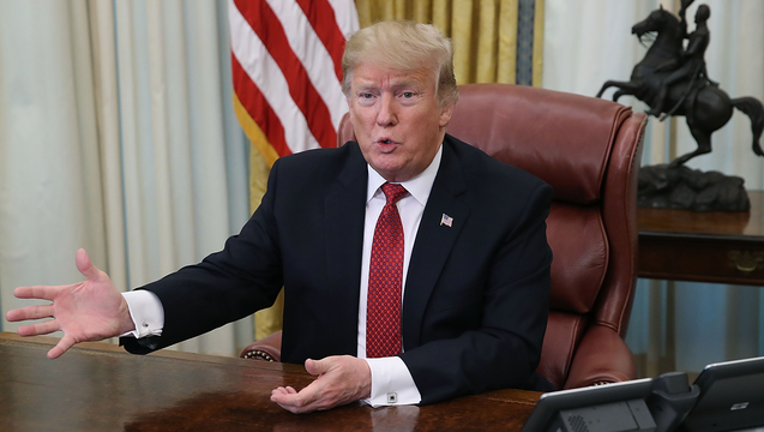 WASHINGTON (AP) - President Donald Trump is pushing back against criticisms that a leak of his private schedule suggests he is not working hard.

President Trump tweeted that it "should have been reported as a positive, not a negative."

He also suggested that when the term "executive time" appears on his schedule, it means he is "generally working, not relaxing."

The president's work ethic has been a topic of Washington conversation after Axios obtained three months of his private schedules.

RELATED: Actress Julia Louis-Dreyfus calls Trump a 'pretend president': 'I am not a fan'

They revealed that he spent 60 percent of his time in executive time, a term coined by former chief of staff John Kelly for unstructured time in Trump's day. That time often coincides with when Trump is on Twitter.

President Trump also stated on Twitter that he probably works "more hours than almost any past President."

Acting chief of staff Mick Mulvaney said the leaker's identity should be known this week.