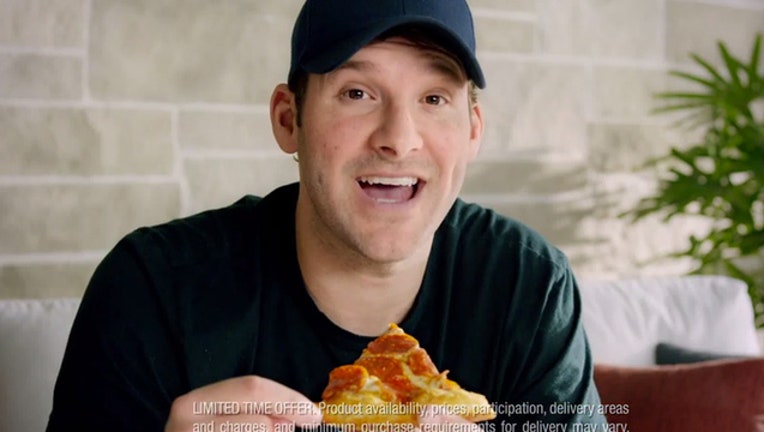 The Plano-based pizza company is honoring the former quarterback with medium and large pizzas ordered online for $9 (of course).

The promotion is good at participating Pizza Hut locations in Dallas-Fort Worth. People should use the promo code ROMOMAVS when ordering online or via app. The promo code is good Tuesday only.

Romo appeared in a Pizza Hut commercial that aired during the 2015 Super Bowl.