Pilot gets into holiday spirit with flight plan

LAKELAND, Fla. - Retirement can be an exciting time, but also a little scary if you're retiring from one career and hoping to move into another. That's the case for military service members around the country, but a soon-to-be-retired Navy Lieutenant Commander in Lakeland is taking a festive approach to pursuing his next chapter.

Lt. Cdr. Nathan Mitich relocated to Lakeland to attend flight school for an airline transport pilot certificate. The program requires a lot of flight time – 1,500 hours – but long, straight line flights were becoming monotonous, so Mitich decided to get creative.

Flight path in shape of Christmas tree over Florida 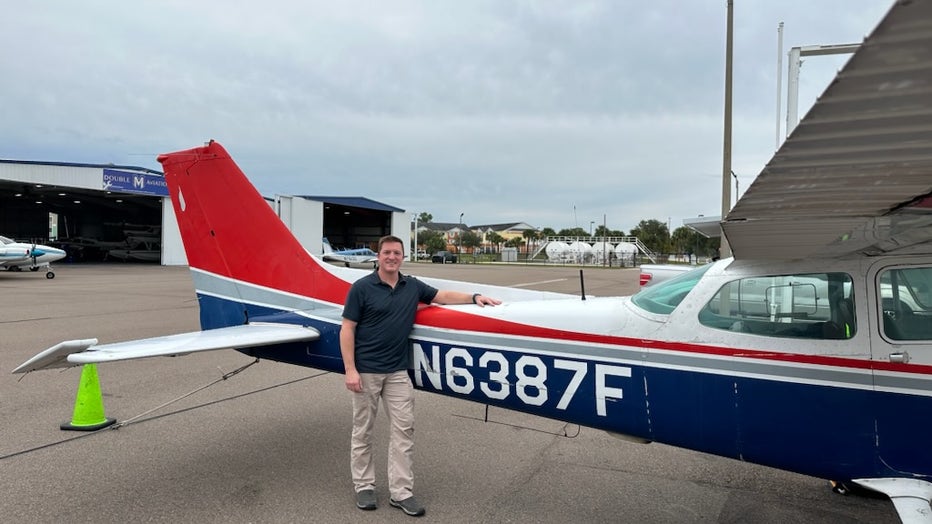 The first shapes he drew in the sky with is C172 Cessna Skyhawk were simple, relative to his most recent creation; a circle, a star and a trefoil – more commonly known as a radiation warning symbol.

When Mitich looked back at the flight pattern of his star and he had a thought: That sure would look good on top of a Christmas tree.

So he got to work. In his ForeFlight software, Mitich began drawing the shape of the tree, starting with the star. He said it took about 20 hours of pre-planning to get the flight plan just right. However, he said it wasn't a technically difficult flight.

Mitich told FOX 13 News, "these are basic skills on any FAA flight test."

Taking off from Lakeland Linder Airport, Mitich flew south, starting the design at the tip of the star. Flying south and east, he drew two points on the star and then headed west, zigzagging northeast to southwest, creating tiers on the tree.

Flight path in shape of Christmas tree over Florida

He maneuvered through the middle of the shape, across Polk County, down to Manatee County and across Hardee County, and circling over Bowling Green, Wauchula and Zolfo Springs.

He made wide, rounding turns to create the appearance of ornaments and flew in the shape of a square, placing bow-topped presents along the bottom of the tree, (and over Myakka City), just in time for Christmas.

Mitich doubled-back over Duette and Myakka Head Park, taking a pass over Wauchula Municipal Airport as he drew circles in the sky to create strings of lights across the festive tree and Highway 64.

Mitich said he only used about a half-tank of gas for the trip.

He doesn't have specific plans for his next flight patterns, but anyone may follow his trips on FlightAware or FlightRadar24