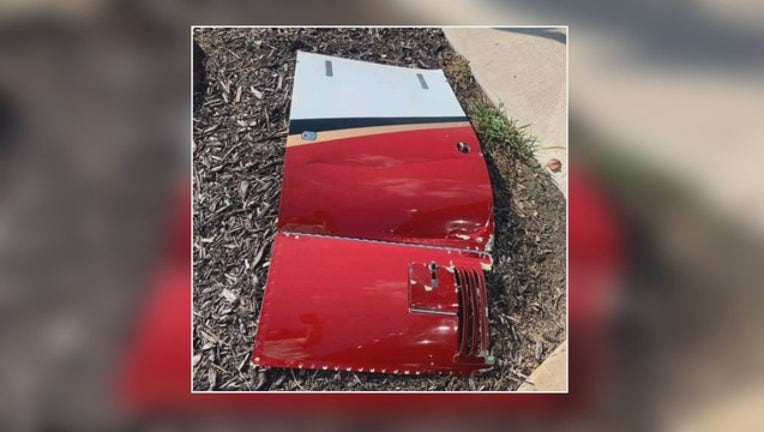 SOUTHLAKE, Texas - Some people in Southlake watched on as a piece of an airplane broke off mid-flight and fell to the ground on Friday.

It crashed onto Continental Boulevard, near Timarron Country Club, just before 5 p.m.

Police tweeted a picture of the piece that fell.

They say no one was hurt.

The FAA reports that an engine cowling, which is a piece of metal that covers the engine, fell from a BE350 aircraft during flight from Jacksonville, TX, to Decatur.

After seeing the cowling come off the plane, the pilot managed to land safely at Fort Worth Meacham airport.

The FAA will continue to investigate.