A Hurst man says he spent $10,000 on a truck, and he's got the clean title to prove it. But a Fort Worth judge has ruled the vehicle removed from his possession. Steve Noviello is On Your Side with a long and winding road.

HURST, Texas - Blake Headley, of Hurst, was sure he found the perfect truck for his fence building business: a Ford F250. He paid $7,500 in cash and then added another $2,500 in upgrades.

But more than a year after buying it, he was pulled over.  The responding officer said the truck was stolen, and he impounded the vehicle.

What Headley didn't realize was that years before he bought the truck, it had been taken on a test drive from a used car lot and never returned.  It was reported missing.

A Fort Worth PD spokesperson says, "It should have been changed to ‘stolen vehicle’ in the system because he never returned the vehicle."

However, it would take the agency five months to enter the truck in to the stolen vehicle database. 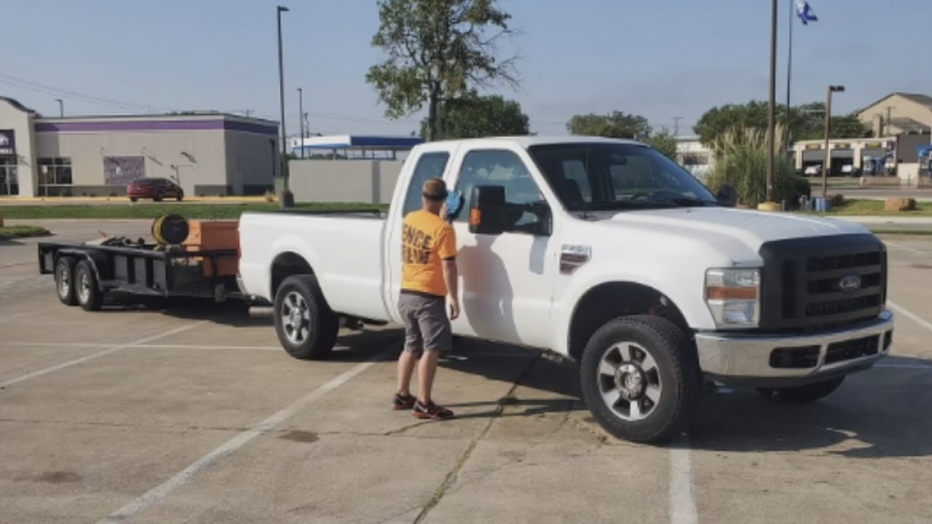 Meantime, it was recovered in another city just two days late, impounded and went unclaimed.

Lisa Truitt with AA Wrecker Service was in charge of contacting all registered owners and recalls, "There was no possible way to know that it was in a dealer's possession." She says the car lot from which it was taken never registered their ownership interest, so it was not possible to contact them.

After 90 days, the vehicle was sold at auction. And per Texas law, says Truitt, "when an auction sales receipt is issued… it supersedes any pre-existing title or lien."

That means the new owner gets a new clean title. That buyer, Don Denman, ultimately sold the truck to Headley.

Fort Worth police have since changed their policy and add all missing or stolen vehicles into a database the day they're reported.

Unfortunately for Headley, a Fort Worth municipal judge has now ordered the truck returned, not to him or to the party from which he purchased it, but to the car lot.

Headley is appealing the decision.

FOX 4 asked the owner of the car lot if he had any insurance to cover when the truck was stolen. He didn't. He says he plans to bring the truck to auction to sell it.

If that happens and Headley wins his appeal, he will be awarded fair market value.

So is there any relief if he doesn't?

Don Denman, who sold the truck to Headley, says someone's got to do the right thing, so he has offered to refund Headley the $7,500 he paid him.

We will update this story after the next hearing.