How dosage is determined for the COVID-19 vaccine

Kawsar Talaat, a vaccinologist at the Johns Hopkins Bloomberg School of Public Health explains how vaccine scientists determine the correct dose for the COVID-19 vaccine.

The U.S. Centers for Disease Control and Prevention said Monday that while the delta variant remains dominant, the omicron variant represented 2.9% of sequenced U.S. cases last week, up from 0.4% during the previous week.

In New York and New Jersey, the CDC said omicron already made up about 13% of sequenced cases.

CDC Director Dr. Rochelle Walensky said omicron appears to be more transmissible than previous strains of the virus and has now been detected in 33 U.S. states and in 77 countries worldwide.

"While it is rapidly increasing, we have the tools needed to fight #COVID19. Get vaccinated, get boosted," Walensky wrote in a tweet. 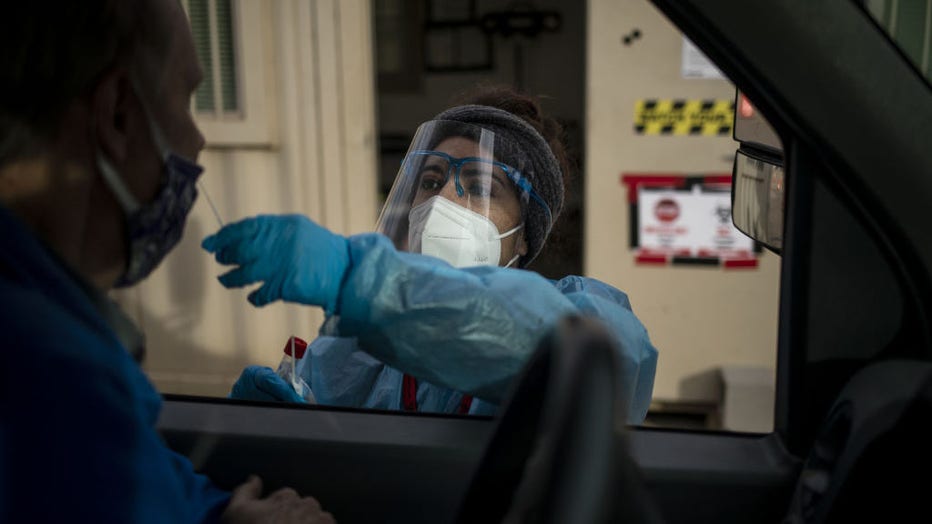 The omicron variant has been driving a surge in infections in South Africa, where it was first identified by scientists. A large-scale analysis of data from the country, released Tuesday, showed that the new variant seems to be more easily spread from person to person and better at evading vaccines — but also milder.

The data were gathered from Nov. 15 to Dec. 7, during which time omicron was first spotted by scientists in South Africa and Botswana, and may change as time passes. Experts now say that omicron accounts for more than 90% of all new infections in South Africa, according to Discovery Health chief executive Dr. Ryan Noach.

Elsewhere, government officials say they expect the omicron variant to soon become the dominant strain. The head of the European Union's executive branch said Wednesday that they expect this to occur in the 27-nation bloc as soon as mid-January.

"The difficulty is that the growth of this virus, it has a doubling time which is shortening, i.e. it’s doubling faster, growing faster,’’ Harries told a parliamentary committee on Wednesday. "In most regions in the U.K., it is now under two days. When it started, we were estimating about four or five.’’

Harries said the variant poses "probably the most significant threat we’ve had since the start of the pandemic."

The rapid spread of omicron and the ongoing fight against the delta variant come as the U.S. COVID-19 death toll topped 800,000 people since the onset of the pandemic — the highest reported toll of any country.

The number of deaths, as compiled by Johns Hopkins University, is about equal to the population of Atlanta and St. Louis combined, or Minneapolis and Cleveland put together. It is roughly equivalent to how many Americans die each year from heart disease or stroke.

The U.S. accounts for approximately 4% of the world's population but about 15% of the 5.3 million known deaths from the coronavirus since the outbreak began in China two years ago.

The true death toll in the U.S. and around the world is believed to be significantly higher because of cases that were overlooked or concealed.

President Joe Biden on Tuesday noted what he called a "tragic milestone." He again called on unvaccinated Americans to get shots for themselves and their children, and urged the vaccinated to get booster shots.

"I urge all Americans: do your patriotic duty to keep our country safe, to protect yourself and those around you, and to honor the memory of all those we have lost," Biden said. "Now is the time."