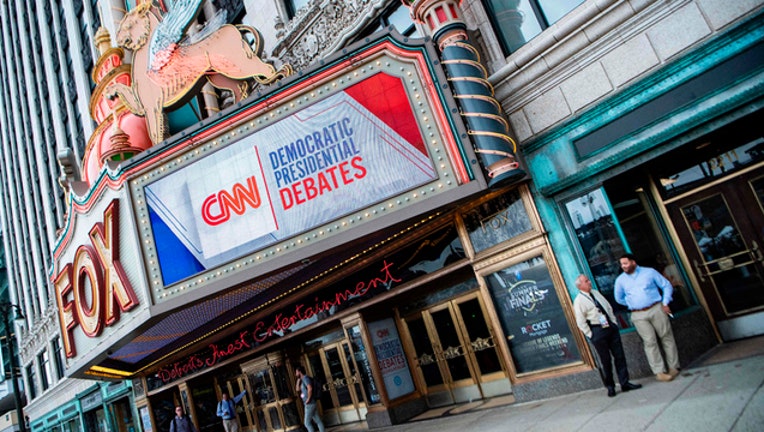 NEW YORK (AP) - Raise your hand if you can think of some different ways CNN will approach the second Democratic presidential debate, which will unfold over two nights in Detroit on Tuesday and Wednesday.

That's a hint. CNN pledges not to ask questions that require a show of hands by the politicians and will not ask them to confine answers to a one-word "yes" or "no." NBC News moderator Chuck Todd tried both of these last month for the first debate for the 2020 Democratic presidential candidates.

"Invariably a question can be open for interpretation," said Sam Feist, CNN's Washington bureau chief. "Trying to simplify a question into a 'yes' or 'no' answer can be confusing and may not always be fair."

Dana Bash, Don Lemon and Jake Tapper will moderate the two-hour debates, which begin at 8 p.m. ET both nights. With tougher rules governing participation in the third debate in September, it will be the last time so many candidates - 20 of them - will have the debate spotlight.

Obviously important for the candidates, it will also be a big showcase for CNN. A July 18 CNN special that unveiled the candidate lineups for each debate night was widely panned, though the network defended it as an important show of transparency. Feist and his team have been putting debates and town halls together since 2003, so they bring experience to the table.

It's unlikely the CNN debate will reach the viewership levels of the June opener (15.3 million for the first night, 18.1 million for the second) because NBC showed it on both cable and broadcast outlets and because late July is prime vacation time.

Feist said CNN has long resisted "show of hands" questions, so that promise is not related to Todd's experience. One tack that CNN has been trying for its town halls, but may be new to a larger debate audience, is to print moderators' questions on the bottom of the screen so viewers can see if the candidates are ducking.

"When a candidate is asked a question, sometimes the candidate chooses to answer a different question," Feist said.

This may help CNN to keep its questions short, sharp and focused, said Frank Sesno, head of George Washington University's School of Media and Public Affairs and author of "Ask More: The Power of Questions to Open Doors."

Sesno, a former Washington bureau chief for CNN, said he believes having three moderators is preferable to five, which NBC had, because it helps candidates and viewers focus. Tapper has some experience with one of these large events; he moderated a September 2015 GOP presidential debate with 11 candidates onstage.

CNN plans to stick with certain topics long enough that multiple candidates will have a chance to address them, Feist said.

Candidates will have the chance to introduce themselves with opening statements and wrap things up with closing arguments. (NBC allowed only closing statements.) Once again, candidates will be allowed 60 seconds to answer a question, with 30 seconds of response time.

That's the idea, at least. The reality can be much more nuanced. Sometimes the limit is strictly enforced, sometimes not. The most memorable exchange of the first debate - Kamala Harris challenging Joe Biden on busing - happened because producers allowed the moment to unfold despite the rules.

"When a debate actually breaks out in the debate, you just let it go," said Mark Lukasiewicz, dean of Hofstra University's School of Communication and a former NBC News executive. "You let it go until it runs out of gas."

That doesn't mean anarchy should rule. Jennifer Rubin, a columnist for The Washington Post, suggested turning off everyone's microphone until the person answering the question has finished speaking. CNN warned that candidates who frequently interrupt will be punished by having their time in the spotlight reduced.