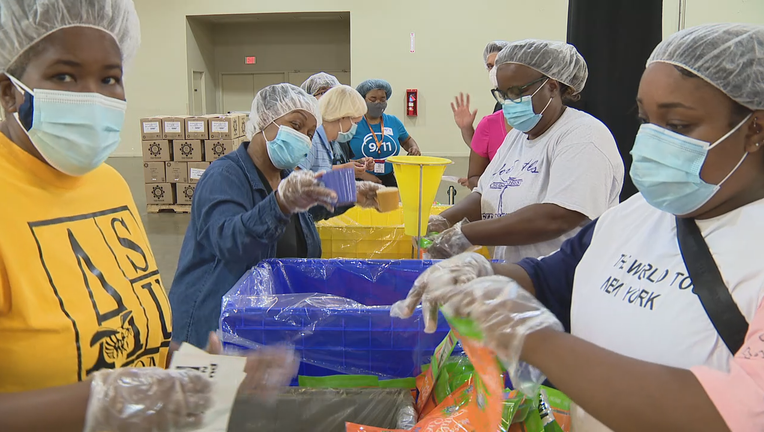 More than 200,000 meals were packed for the North Texas Food Bank in commemoration of the 9/11 attacks.

There were about 800 volunteers who showed up to make it happen, paying tribute to victims, first responders, and recovery workers who served that day.

Across the nation, about 10,000 volunteers in 10 cities packed meals for those in need, resulting in 2.5 million meals being distributed.

The North Texas Food Bank will distribute the food to 13 different counties in the area.

"Volunteer service is one of the best things we can do to give back to our community. You know, giving financially is great, and we have North Texas Giving Day coming up on September 23, but the other big thing people can do is give their time, give their time to causes they really care about," JJ Ponce said.

The non-profit 9/11 Day set a goal of 20 million good deeds to be performed on the anniversary of the September 11th attacks.