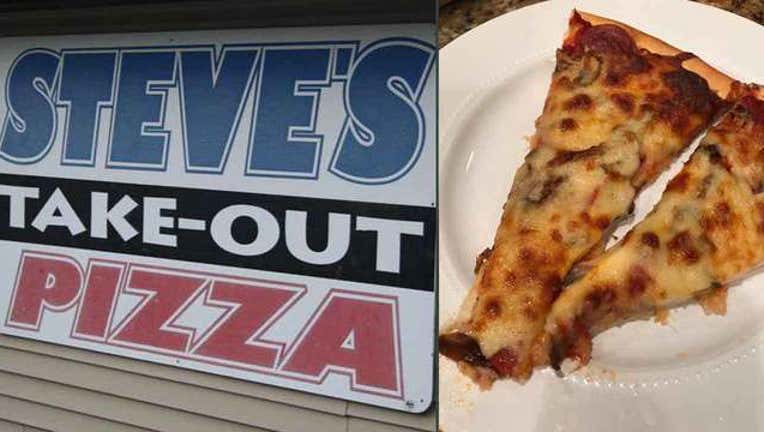 (WJBK) - A pizza shop employee in Michigan made an extra special delivery to a family in Indiana.

Julie and Rich Morgan grew fond of Steve's Pizza when they lived in Battle Creek, Michigan, more than two decades ago. They'd planned a trip back there for Julie's birthday in September, but Rich ended up in the hospital in Indianapolis and later in hospice care. Their trip never happened, and, sadly, they learned Rich's cancer battle was coming to an end.

Unbeknownst to them, Julie's father contacted Steve's Pizza and explained the situation.

Julie wrote on Facebook that her father was hoping for just a text or even a card from the pizza shop -- but an employee there blew his expectations away.

"Without hesitation Dalton asked what kind of pizza we wanted, and told my father he would bring it to us," Julie wrote. Mind you -- Steve's Pizza doesn't even deliver in the immediate vicinity.

Even though Julie's father clarified that they were at least three and a half hours away in Indiana, Dalton insisted on making the delivery and that he'd leave when he closed the store for the night.

"And so, while Rich and I slept, at 2:30 AM, Dalton rolled into our driveway, left the car running and delivered two extra special pizzas to my waiting family," Julie wrote. "He told them we were in his prayers, and offered to help in any way he could."

Julie's dad even offered to get a hotel room for Dalton but he refused, saying he had to be back for work the next day.

Julie and her family say they're beyond overwhelmed by Dalton's kindness, and that "the best pizza in the world" brought so much joy to them in this difficult time.

"While "thank you" hardly seems adequate - from the bottom of my heart, thank you, Dalton from Steve's Pizza in Battle Creek, MI for making your epic middle of the night pizza delivery!"

Since the news spread of the delivery, Steve's Pizza's Facebook Page has been flooded with touching comments from customers and even strangers, who say they're now going to check out the pizza place the first chance they get.