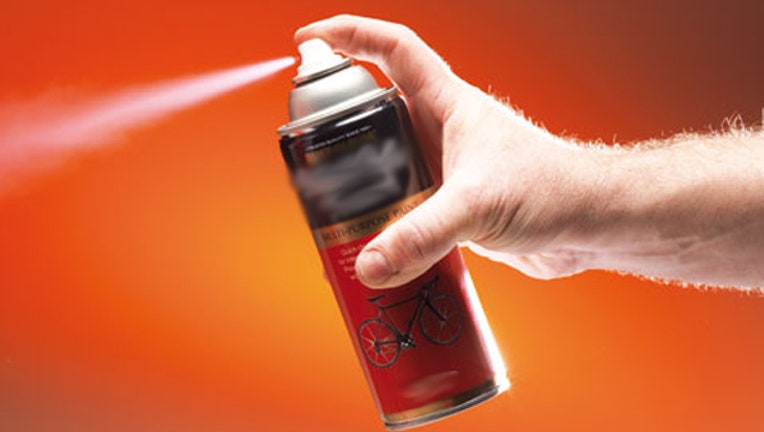 SHEFFIELD LAKE, Ohio (AP) - A man who spray-painted a marriage proposal on an Ohio shopping center has been fined for criminal mischief and sentenced to community service but says he doesn't regret it.

After all, she said yes.

The Chronicle-Telegram (http://bit.ly/2nbshrG ) in Elyria (eh-LEER'-ee-uh) reports a magistrate in Sheffield Lake told 23-year-old Kyle Stump that the more traditional down-on-one-knee proposal might have been preferable.

Stump pleaded no contest this week in mayor's court in Sheffield Lake, about 20 miles (32 kilometers) west of Cleveland. He was ordered to pay over $300 in restitution for cleaning the wall, and his community service might include painting fire hydrants.

The mayor says romantic gesture or not, it's still a crime with a penalty.

Information from: The Chronicle-Telegram, http://www.chronicletelegram.com