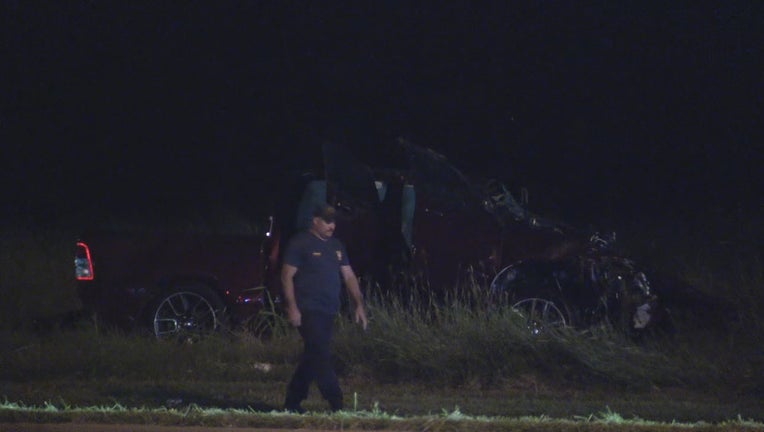 DALLAS - A 24-year-old man has been charged with intoxication manslaughter, and is currently in critical condition after a crash that killed three people in Dallas early Sunday morning.

Police said the crash happened just before 3 a.m., at the intersection of S. Master Drive and Old Seagoville Road in Pleasant Grove.

Investigators found that the suspect was driving at a high rate of speed, and while turning eastbound onto Old Seagoville Rd., his vehicle crashed into another vehicle.

A passenger in the suspect’s vehicle was ejected, and he was pronounced dead at the scene.

The driver and a passenger in the other vehicle were pronounced dead.

The suspect, who has not yet been identified, was taken to a local hospital in critical condition. Police said he was found to be under the influence of alcohol, and then arrested on three counts of intoxication manslaughter.

The investigation into the crash is continuing.