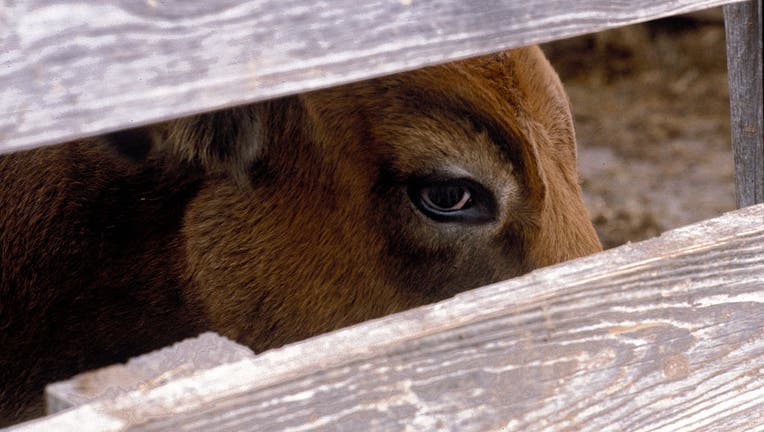 A longhorn steer, eyes passing stockmen before an auction at the Fort Worth Stockyards in Fort Worth, Texas. The historic stockyards were an important cattle transport junction up until the 1960's. Today volunteers orchestrate cattle drives into the

The Tarrant County Sheriff’s Office is working to catch a loose bull.

Crews are on scene near John T. White Road and Morrison Drive to wrangle the bull.

No details have been released about how the bull got loose.

The sheriff’s office said the bull will be returned to its owner after it is caught.

Dallas Zoo official Harrison Edell talks about how one of the zoo's clouded leopards was able to escape its enclosure overnight. Zoo staff and police are now using infrared technology to try to find her in the trees.