Lake Worth officers save sleeping family from house fire

A Tarrant County family is grateful to the police officers who rescued them from an overnight fire.

LAKE WORTH, Texas - A Tarrant County family is grateful to the police officers who rescued them from an overnight fire.

Two officers spotted flames shooting from the roof then rushed to the home in Lake Worth Monday morning around 1 a.m., banging on doors to wake up the people inside. 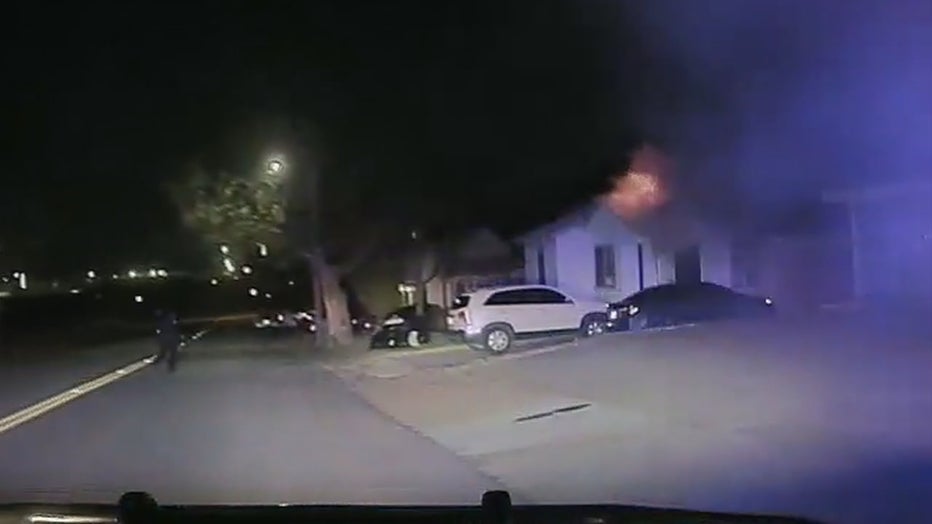 The body camera video captured the first moments and tense reaction seconds after spotting a house on fire.

“At the peak of the house, I happened to look up and see the flames coming out of the top,” said Lake Worth Officer Christian Myers.

Adrenaline and experience kicked in.

“You don’t ever want to feed a fire more oxygen than it’s already getting,” Myers said. “So I didn’t wanna just run up and kick the door in. I’m beating on the front door and beating on the side of the house.”

Lake Worth officers Christian Myers and Antonia Valdez had just passed the same home a few minutes earlier and it was fine. So they knew the fire had just erupted.

“By the time I got there and started banging on the door again, they opened the door,” Valdez recalled. “I told them your house is on fire. You need to get out. She yelled the baby! They got the baby from the bedroom and then the older daughter came out of the other bedroom.”

A family of four and their pet dog all got out safely. The two officers were even able to go back inside to retrieve the family’s car keys and move their car away from the house.

“They were presented with an extraordinary opportunity and they rose to the challenge and were able to do something that any other officer in their position would’ve done,” the chief said.