Sessions announced he'll run for the District 17 seat in Waco. He grew up in Central Texas.

Sessions wrapped up 22 years in Congress when his reelection bid failed last fall. Some wondered if he would try to take back his seat. It turns out he's going after a different seat altogether.

The former Congressman made it official Thursday. He's leaving behind his Dallas-based district for redder pastures. 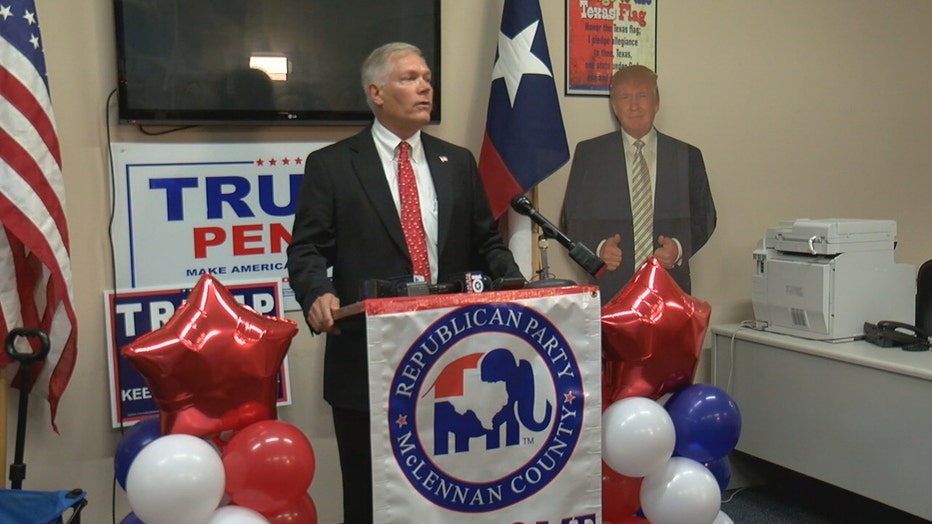 “I believe we are at a time where if you're going to come and be on the ballot, you need to do so with vigor and responsibility and stand up for the things that continue to make America great again,” he said.

It was just eleven months ago that Sessions took the stage in Downtown Dallas to concede defeat.

Sessions says he'll be focused on listening to District 17 in Central Texas.

“It's very difficult for a candidate,” he said. “I thought if he was going to run again, he'd challenge Colin Allred to see if he could take back his old district. But he's obviously concluded that suburban districts are almost not winnable.”

Sessions’ 2018 defeat was seen as a sign of some of Texas' big cities and suburbs are becoming more liberal. But even with Sessions moving to a safely red district, he'll have to battle with other conservatives who might be better connected in the area.

“That candidate is offering experience and know-how in Congress, but there are always people who are mayors and city council members and others who want to move up,” Jillson said. “So they generally don't like somebody coming in from the outside.”

Sessions will not face an incumbent in this race. Representative Bill Flores currently holds the seat. He's one of 20 house Republicans leaving Congress next year.