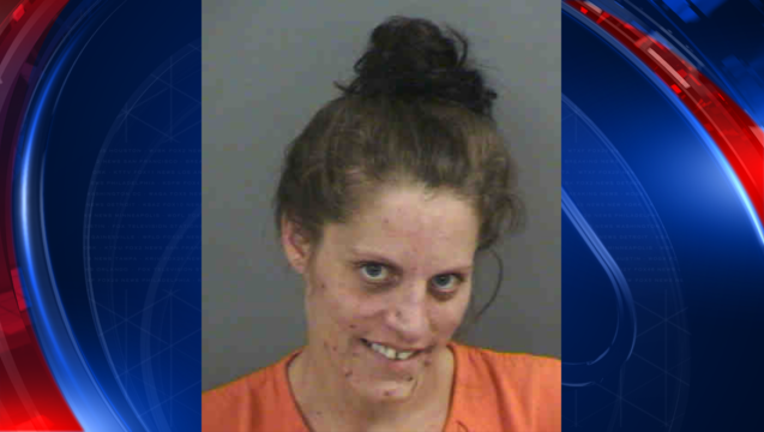 COLLIER COUNTY, Fla. (KSAZ) - Court documents from a Florida county claim a 30-year-old woman was trying to chew meth that was hidden in the woman's buttocks area, during a strip search at a county detention facility.

The incident, according to court documents, took place on June 29, when units with the Collier County Sheriff's Office were called out for an incident where the caller's car window was broken. When the units arrived at the scene, the caller described the suspect as a woman named "Summer", and that she had left in a Jeep.

A short time later, a corporal saw the vehicle in question, with a female driving the car. The corporal, according to court documents, recognized the driver as Adamson from a previous law enforcement contact. The car reportedly had expired tags, and the corporal pulled Adamson over.

Adamson, according to documents, was seen digging in the car's center console, and a corporal who approached the car saw a syringe poking out from Adamson's right leg, as she was sitting on it, as well as a small plastic baggie with a brown powder, which Adamson later told corporals on scene that it contained heroin.

Adamson, according to court documents, was later placed under arrest, and taken to the Naples Jail Center. At the Jail Center, deputies who were conducting a strip search of Adamson saw her reach in her buttocks area and grab a small plastic bag. Adamson reportedly placed the bag in her mouth and started to chew it. The deputies were reportedly able to removed the baggie from Adamson's mouth. Field test showed the bag contained meth.

According to court documents, Adamson is scheduled to be arraigned on July 24.