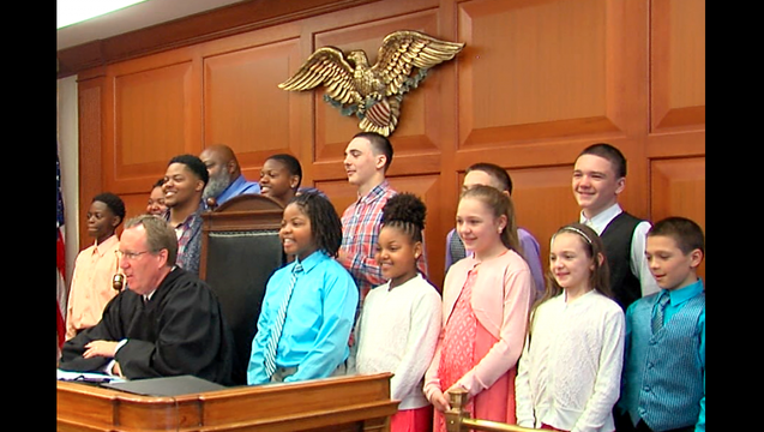 FOREST PARK, Ohio (AP) - Six siblings who wanted to remain together have gotten their wish, thanks to their adoption by an Ohio couple with five biological children.

Christopher and Christina Sanders live in the Cincinnati suburb Forest Park. They had taken the siblings in as their first foster children, ranging in age from 9 to 16. The Sanders' oldest biological child is 19.

Christina Sanders says she and her husband promised themselves that no matter how many foster children they had they would keep them.

The family was all smiles in a video from WCPO-TV in Cincinnati when the adoption became official in a Hamilton County courtroom Thursday.

The judge who presided over the adoption says he hopes the commitment by the Sanders family will inspire others to adopt children.

A GoFundMe has been set up to help the family biuy a new van.