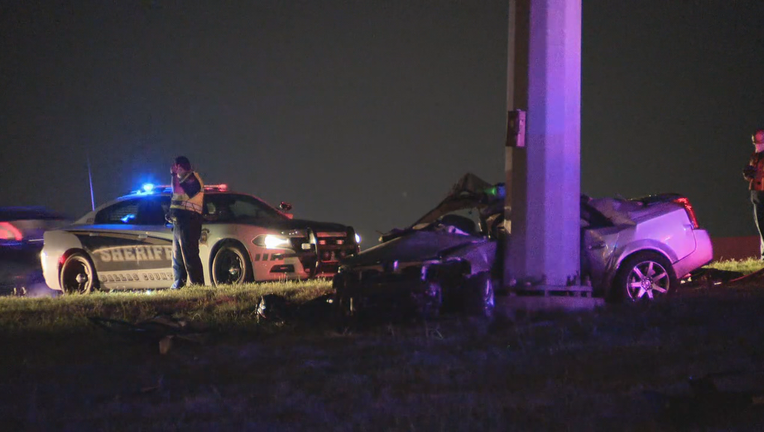 DALLAS - A 39-year-old woman died early Sunday morning in a crash on I-20.

Dallas County Sheriff’s Department deputies saw the wrecked vehicle just before 1:45 a.m. in the grassy area of Interstate 20, between Hampton and Wheatland roads.

The silver 2004 Cadillac CTV had struck a metal pole that holds the overhead signs for SB67/NB67, and a woman was trapped inside and unresponsive.

The woman inside, identified as Maria Almanza, was later pronounced dead at the scene.

Investigators are trying to determine if Almanza was involved in a street racing incident that was reported in the area at the time, the sheriff's department said.