The Deep Ellum Foundation, police, and business owners were involved in the plan to increase safety.

DALLAS - Deep Ellum is ramping up for a busy summer and an increase in visitors. A new community safety plan was unveiled Thursday to tackle issues like public safety, panhandling, and traffic control.

The Deep Ellum Foundation, police, and business owners were involved in the plan to increase safety.

This plan is more than six months in the making, after several community meetings to get input from businesses and block walks with police.

"I love this neighborhood, this is the most excited I’ve been because there is a strong plan that the city has shown up to support," said J. Damany Daniel, owner of The Event Nerd.

Daniel is one of several business owners who helped the Deep Ellum Foundation craft its new safety plan that is released just ahead of summer.

"They literally went to businesses and said, ‘We can put up cameras that cover the district, but we need power, a wall to screw into, and the internet,’ and businesses said, ’Yep, I will give you all of that,’ and that’s been huge," Daniel added.

The foundation has installed 25 surveillance cameras, with plans to add 35 more by the end of this year, that are monitored 24/7 at the Main Street Command Center.

The foundation and police worked with businesses that have been in the neighborhood for years, and new ones, like Chicago-based Federales.

"Being a part of the meetings, giving our input, talking to them, I know they love having cameras we sponsor on our buildings to make sure we cover all the corners," said Jason Wilson, with Federales.

Dallas police said street closures along Main and Elm, between Good Latimer and Malcolm X, are helping speed up response.

The neighborhood will also concentrate on clearing crowds after bars close, which is the time where issues typically pop up. 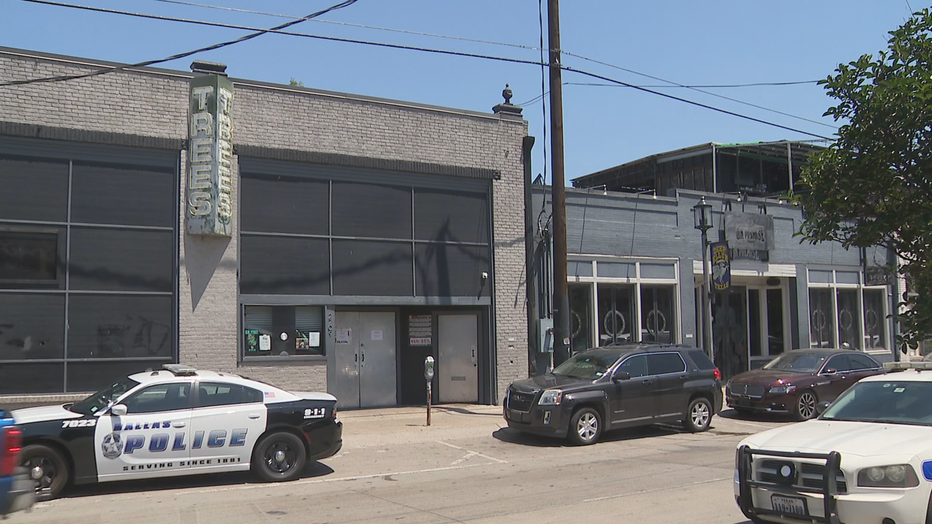 "Our camera campaign, our command center, but also transportation initiatives, our ride share zones restart this week, as well as looking at things like the juvenile curfew," said Stephanie Keller Hudiburg, with Deep Ellum Foundation.

The curfew for minors will be enforced starting 11 p.m. on weekdays, and midnight on weekends.

Another goal is to create a "no cruising" ordinance.

"There’s a lot of great lighting down here, there’s cameras everywhere, we want people to come here and we want them to feel safe," Herrera added.

The street closures and ride share zones will be in place through at least Labor Day weekend.

The foundation is also recommending things like an employee trolley program to help those who work in the neighborhood get home safely.