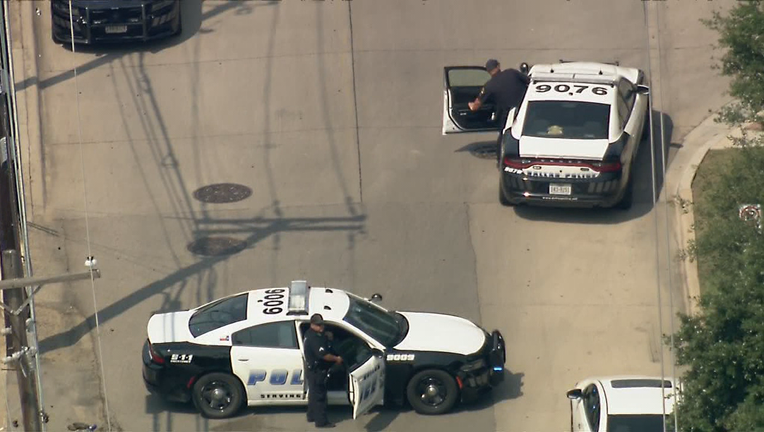 DALLAS - Dallas police are searching for the hit-and-run driver who struck a police officer and dragged the officer during a traffic stop Wednesday afternoon.

This happened just before 3:45 p.m., as DPD officers were conducting a traffic stop in the 3000 block of Cotton Belt Avenue.

An officer was preparing to arrest a passenger in the car for outstanding warrants, when police said the driver turned the car on and accelerated, dragging the officer a short distance.

The driver hit a police car that a second officer was inside, and took off from there.

Police are still looking for that driver.

The officer in the damaged car had minor injuries.

The other officer is not believed to have life threatening injuries.