13-year-old Nathan Aguirre is out of ICU following the Thursday shooting. FOX 4 spoke with the teen’s family for the first time on Saturday. They say they’re not sure when Nathan can go home. He is still unable to sit up on his own.

Jasmin Araujo has been at her little brother's bedside since the shooting.
“We want justice for the people that did it. He's little, he doesn't deserve this. Now you're telling me you can't go outside and play basketball?” she said, “Now that i know he's okay and he's living, i want justice. I want those people caught.”

The whole family is praying for the 13-year-old to pull through.

Aguirre was shot while playing basketball at an Old East Dallas park. Police say he was just an innocent bystander trying to get away from the gunfire.

Cell phone video shot by a witness and sent to Texas Latino Media shows the fight leading up to the first gunshot. Araujo says that's when her 13-year old brother took off running with the other kids.

“When he ran,  he said he felt like a taser hit him. And the other kids were like, Nathan, you're bleeding.”

According to family members, the bullet hit Nathan in the back; piercing his lung and lodging in his arm.

The family credits hospital staff and a police officer who first arrived on scene with helping to save the boy’s life.

“They were going to stick him in a car and take him to the hospital. That's all they thought. But the officer showed up, got him, put him in his own car and brought him to Baylor, “ said Jasmin Araujo.

Police say the shooting may have been gang-related. Friends and family say Aguirre is not part of a gang and was not involved in the fight.

“This was an innocent little kid,” she said, “This could've been your brother, your nephew, your son. They need to come forward and say they know who they are.”

The family says many people have reached out to see how they can help financially. Instead of donating directly to them, the family is asking people to give to organizations that support police, to thank the officer who saved their brother. 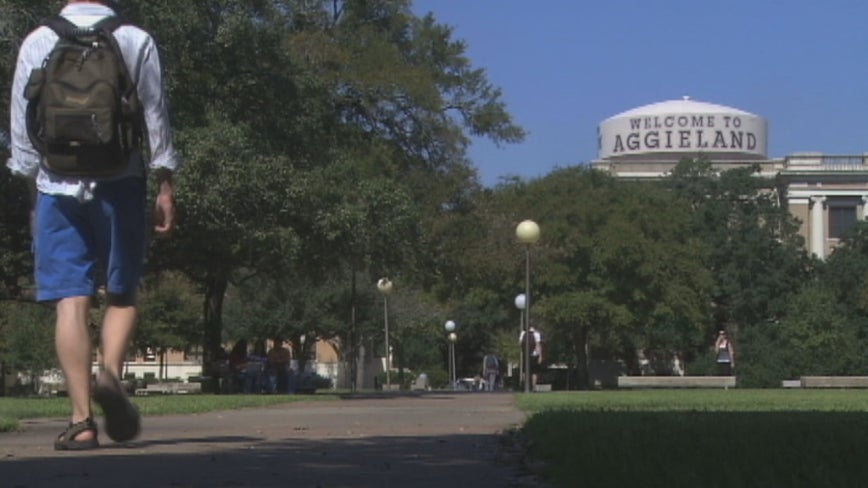