FORT WORTH, Texas - A transgender student filed a complaint against a teacher's aide for comments the student claims were made about what bathroom to use.

Castleberry ISD is now investigating the incident. The transgender student says she was confronted after using the women's restroom.

16-year-old Ishy Valdez and her mother have spoken with the school district about the confrontation. A part of it was recorded on a friend's cell phone.

The teacher's aide works for Castleberry ISD, but the incident happened on a college campus where the aide has no say as to which bathroom the student can use. So the student and her mother believe the aide, who also works as a bus monitor, was out of line.

The student says she’s been transitioning over the past two years. She was born a boy but says inside she always felt like a girl.

“I won’t let someone's views on me change the ways I live my life,” she said.

Valdez is upset over the way she says she was treated by a teacher's aide who chaperones Valdez and other Castleberry students on a bus to Tarrant County College for class.

“In the women's bathroom, I do feel more comfortable,” she said. “I never get a second look.”

But it was while walking out of the women's bathroom at TCC on Wednesday that Valdez says the aide made an insensitive comment.

Valdez says the aide told her she would be talking to the school principal about it. Valdez says another student who heard the heated exchange recorded only the tail end of the conversation.

Valdez says she reported the incident to an assistant principal and then called her mom, Blanca Rodriguez, who was upset with the aide's alleged remarks.

“She cannot just go around and judge them because she doesn't agree with it,” Rodriguez said. “I feel like if she goes into the men's restroom there’s more of a possibility of somebody hurting her.”

Rodriguez says she and her daughter met with an HR representative at the school district Friday afternoon so Valdez could give her statement. The superintendent says he is aware of the incident but could not elaborate due to privacy laws. Valdez says the teacher's aide has not been on the bus since the incident on Wednesday but is still working at the school. 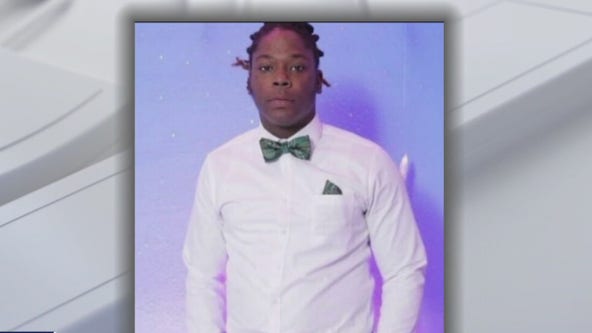